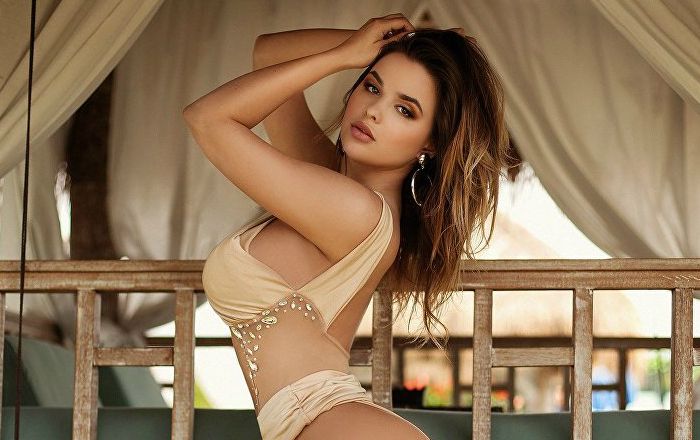 Anastasiya Kvitko is a Russian fashion model and social media celebrity who is best known for her gorgeous voluptuous shaped figure. She instantly gained fame on Instagram after posting photos of her everyday looks, on which she has more than 8.7 million followers.

Anastasiya Kvitko was born on November 25, 1994 in Kaliningrad, Russia.

There’s not much information regrading her education available at this time.

Anastasiya Kvitko has kept her personal life away from her fans and media and thus there is not much information available of any relation she has had in the past or in the present.

Kvitko has worked with the American swimwear brand, Eliya Cioccolato in the past.

Anastasiya Kvitko has a net worth of $200 thousand dollars.

She moved to the United States in her teen years to pursue full-time modeling. Initially, she was turned down by several modeling agencies in Miami and Los Angeles due to her buxom figure. However, instead of losing her curves, she used her voluptuous figure to achieve social media stardom.

She is famous Instagram star where she has over 8.7 million followers, thanks to her unique body figure.

In January 2017, Kvitko was voted at no. 3 in the online poll conducted by Maxim magazine to find Russia’s most beautiful woman.

She was once robbed at gun point while she was living in Miami. This incident caused her to have serious second thoughts about America and her modeling career dreams.

She has been called the Russian version of Kim Kardashian.

She has reportedly undergone multiple surgeries to attain her curvaceous figure.