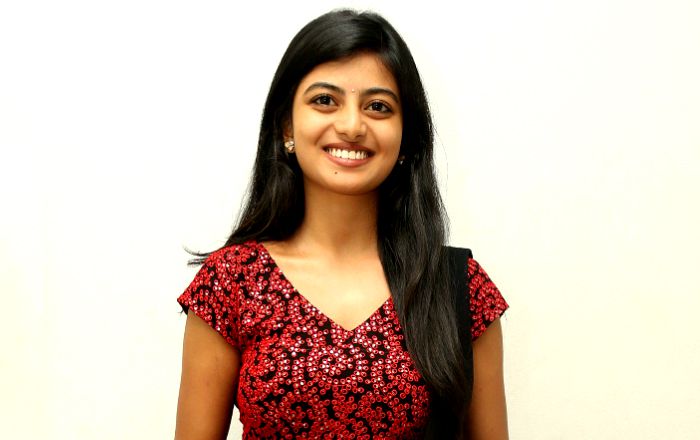 Anandhi is an Indian actress who is perhaps known for her breakthrough performance in her debut film Bus Stop. She won the Tamil Nadu State Film Award Special Prize for her role as Kayalvizhi in Prabhu Solomon’s romantic flick Kayal. Known for her appearances in Tamil and Telugu-language movies, she has starred in such movies as Poriyaalan, Kayal, Pandigai, Trisha Illana Nayanthara and Visaranai. In 2018, she was cast as Jothi in Pariyerum Perumal, for which she dubbed in her own voice.

As far as her personal life is concerned, Anandhi hasn’t disclosed anything about her family or her early life to the media. Information regarding her parents, education and her childhood were kept hidden off the public eyes.

The gorgeous damsel is currently single as she was never seen dating anyone publicly. Anandhi is quite reluctant and rarely opens about her private life. Furthermore, she has perpetually managed to keep her personal life away from the spotlight and it looks like that nothing has attracted her more than acting.

Anandhi made her silver screen debut with the 2012 Telugu film, Bus Stop, in which she played the role of Seema.

She was conferred with the Tamil Nadu State Film Award Special Prize for he role in Prabhu Solomon’s romantic film Kayal.

Her performance in the film earned her Vijay Award for Best Debut Actress nomination as well.

Her 2018 release include Titanic and Pariyerum Perumal.