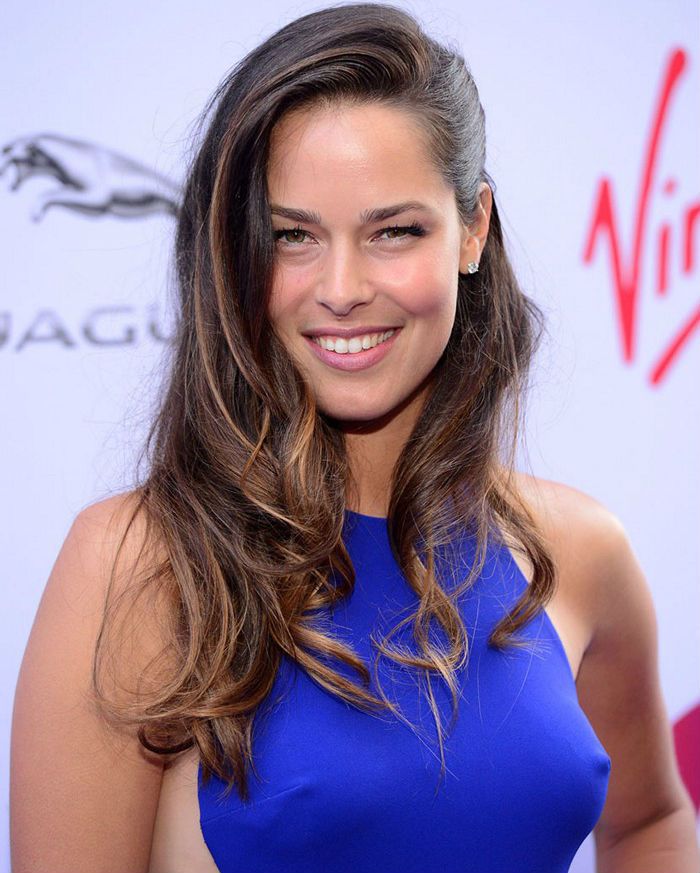 Who is Ana Ivanovic?

Ana also was the runner-up at the 2008 Australian Open, losing to Maria Sharapova. Since then Ana has gone on to finish in the Top 20 almost every year. In addition to being a tennis pro, Ana Ivanovic is known for her good looks. She has been given the titles of sexiest female (tennis) player, best-looking tennis player of the all-time, most beautiful body in sport, hottest female athlete on the planet, as well as finishing 11th on FHM’s Sexiest Women list in 2009.

Ana Ivanovic was born on the 6th of November 1987, in Belgrade, SR Serbia, SFR Yugoslavia. She is currently 31 years old.

Ana Ivanovic is the daughter of Dragana, a lawyer, and Miroslav, a businessman. She has a younger brother named Miloš.

She attended and graduated from the University of Belgrade with a major in Finance and Psychology.

Ana Ivanovic started dating German professional footballer Bastian Schweinsteiger in 2014. They were seen having fun at Bondi Beach last summer. Schweinsteiger has personalized his shoe with the date of their relationship started along with the Serbian flag and the Serbian word ‘Duso’ which means ‘darling’ in English. Ana and Schweinsteiger were engaged in June 2015 and got married the following year on July 12. 2016.

Fernando Verdasco, Professional Tennis player (2008-2009) – As Ana states, she started dating with Fernando Verdasco during the US Open in New York back in 2008. they were seen in several places during their love stint, hugging and kissing. But, the couple were separated in January 2009.

Adam Scott, Professional Golfer (2009-2013) – Ana started dating Adam Scoot, Australian golfer in early 2009. They shared their love with each which was clearly evident when they were spotted in different places, but their relationship lasted only for four years, until 2013. In an interview, Ana stated that their break up had affected her game pretty much badly, “If you are happy in your private life, that will affect positively on your game, but if not, then there will be a negative outcome”.

Ivan Paunić, Professional Basketball player (2013) – Since Ana was a professional tennis player, she has been dating only the sportsperson. In 2013, she started dating a Serbian basketball player, IvanPaunić but it only lasted for months. Ana wanted to keep their relationship secret, but Ivan’s tweet supporting her while she was playing a tournament in Russia. Despite Ivan deleted those tweets on Ana’s request, their relationship went public when a media saved those tweets and published them. Ivan confirmed his relationship with Ana to press, but days after that, Ana ended her relationship with him publicly.

Ana hasn’t appeared on any television shows. She was once offered a role in a television show called ‘Desperate Housewives’, but she turned down the offer.

Ana has appeared in many TV commercials and print ads. Her endorsed brand includes Adidas, Jat Airlines, Yonex, Samsung TV, and Sony Ericsson amongst others.

Though, Ana retired a few years ago, she is still the richest lady on earth with an estimated net wroth of $16 Million US dollars. She has won around $15 Million as prize money throughout her career.

Ana lives in the exquisitely designed duplex in Belgrade that includes all the bells and whistles a sports star requires. She purchased this 10,200 st house for 4.5 million euros.

Ana doesn’t have enough time to drive a car while she was conquering the court, but now she and her husband own some exotic and luxurious cars from brands like Mercedes, Range Rover, Audi, and Mini Cooper, to name a few.

It’s no doubt that Ana is one of the sexiest and good looking female tennis player out there with millions of fans following her on Twitter, Instagram, and Facebook collectively.

She took racket at the age of 5 after watching Monica Seles, a fellow Yugoslav tennis player, on television.

She used to practice in an abandoned swimming pool during winter as there were not tennis facilities in her hometown.

Ana lost her first match and spent hours crying in a locker room fearing that her manger Dan Holzmann would drop her. But, eventually, he has remained her manager to date.

She made her first appearance in the International Tennis Federation (ITF) in 2003.

She ranks amongst the 10 best tennis player in the world.

Ana Ivanovic beat Dinara Safina of Russia to win the 2008 French Open. She had been only 3 times at the grand slam finals during her career.

She admires Roger Federer for his professionalism on and off the court.

Her best shot is the forehand.

Ana still has the racket that her father gifted to her for her fifth birthday.

Here’s Ana’s favorite quote from her Twitter, “Everything that kills me makes me feel alive”.

Ana has appeared in many video games as well as appeared in a song called “Hurricane Ana”, produced by Serbian rapper Filip Filipi and Collie Buddz.

On 28th December 2016, She announced her retirement following a series of injuries stating that she was no longer able to play to her high standards and win big tournaments.

In 2017, she became the brand ambassador for a  tennis technology company PlaySight Interactive.