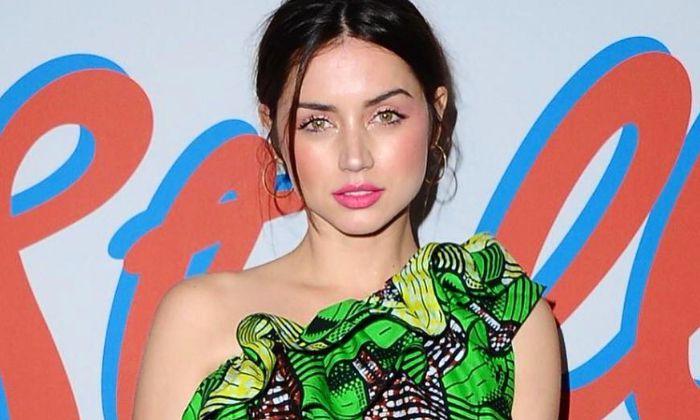 Who is Ana de Armas?

Ana de Armas is a Cuban-born Spanish actress probably best known for appearances in movies such as Blade Runner 2049 (2017) and Knives Out (2019), the latter earned her a nomination for Golden Globe Award for Best Actress. Having started her career at the age of 16 with a starring role in the movie Virgin Rose, Ana made her mark in the Spanish television industry, playing Carolina Leal Solís in the drama-thriller series, El Internado. Her first English-speaking role came in 2015 when she cast in the role of Bel opposite Keanu Reeves in Eli Roth’s erotic horror thriller Knock Knock. Ana’s acting credits include Sergio, The Night Clerk, Wasp Network, The Informer, Exposed, and War Dogs.

Ana de Armas is the daughter of Ramón and Ana. Her father worked in different positions including as a bank manager, a teacher, a school principal, and the deputy mayor of a town while her mother worked in the human resources section of the Ministry of Education. She has an older brother named Javier, a New York-based photographer.

She studied acting at the National Theater School of Cuba in Havana.

Ana de Armas is currently in a relationship with actor Ben Affleck, her co-star from Deep Water.

She was previously married to Spanish actor Marc Clotet from 2011 to 2013. She then dated Cuban visual artist Alejandro Pineiro Bello before dating talent agent Franklin Latt. Ana was also in a relationship with her Hands of Stone’ co-star Edgar Ramirez from 2014 to 2016.

In 2007, she appeared in a television film titled El edén perdido, where she played the role of Gloria.

That same year, she was cast as Carolina Leal Solís in the Spanish drama-thriller series, El Internado (English: The Boarding School). She played her role for six seasons from 2007 to 2010.

The Spanish star has an estimated net worth of $4 million as of 2020, thanks to her successful career as an actress. Her wealth will keep on increasing as long as she is apart of high-profile Hollywood movies.

Ana de Armas is very popular in her home country and became even more popular after starring in Hollywood movies. She can be found on Instagram @ana_d_armas, which is followed by over 2.8 million people. She is also on Twitter, where she has over 230 thousand followers.

She was raised in Santa Cruz del Norte, a seaside town in the Mayabeque Province of Cuba.

She developed an interest in acting at a very young age and decided to become an actress at age 12.

At age 14, she joined join the National Theater School of Cuba and left the institute in her final year and moved to Madrid, Spain to pursue an acting career.

She graced the cover of FHM Magazine Spanish edition in 2008.

She has a pet dog named Elvis.

Ana de Armas has central heterochromia, which means she has green eyes with brown centers.