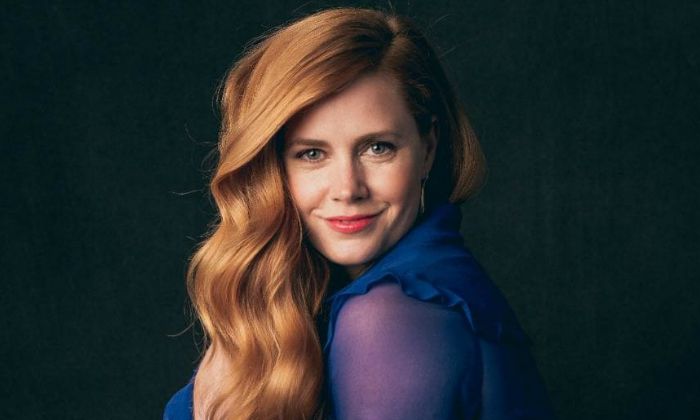 Who is Amy Adams?

Amy Adams is one of the finest and prolific actresses in Hollywood, perhaps best known for the versatility of characters she had portrayed over the last two decades. Despite having a rough career start, she had her first major breakthrough with the 2005 independent film Junebug and has since appeared in numerous critically acclaimed box-office hit movies. Down the line, she proved her mettle as an actress with several formidable performances, earning six Academy Award nominations and bagged Golden Globes for her appearances in ‘American Hustle’, ‘Big Eyes’ and the miniseries ‘Sharp Objects’. Some of her notable acting performances include ‘Catch Me If You Can’, ‘Enchanted’, ‘Doubt’, ‘The Fighter’, ‘The Master’,

Amy Adams was born fourth of seven children to American parents Kathryn (Hicken) and Richard Kent Adams. Her father was a U.S. Army veteran who was stationed at the Caserma Ederle military complex in Vicenza, Italy during the birth of Amy. After retiring from the army, he sang songs at nightclubs and restaurants.

Due to her father’s work nature, her family shifted from one army base to another base before settling in Castle Rock, Colorado. She was raised there along with six siblings (four brothers and two sisters). Amy has English, as well as smaller amounts of Danish, Swiss-German, Welsh, Irish, Scottish and Norwegian ancestry.

Her parents divorced when she was 11 years old and her father moved to Arizona, remarried another woman and started a new life. While the kids stayed with her mother, and she didn’t marry anyone, instead turned her interest towards bodybuilding and worked as a semi-professional bodybuilder.

Adams attended Douglas County High School in Castle Rock, Colorado. Not a big fan of academics, Amy fell in love with creative arts and sang in the school choir and competed in track and gymnastics. She aspired to become a ballerina and joined the David Taylor Dance Company to learn ballet. However, at a certain point in time, she realized that ballerina wasn’t her cup of coffee and found her interest in musical theatre. After graduation, she ditched education and didn’t go to college, but later regretted not pursuing higher education.

Amy Adams started dating actor and her future husband Darren Le Gallo in 2002, but they knew each other for over a year. Love blossomed between the two while they were working on a short film named Pennies. The couple got engaged in 2008.

She gave birth to their first child, a daughter, Aviana Olea Le Gallo, on May 15, 2010. Adams and Le Gallo were married on May 2, 2015, in a private ceremony at a ranch near Santa Barbara, California. They live happily in a lavish house in Beverly Hills, California.

Amy Adams made her big-screen debut in the 1999 black comedy Drop Dead Gorgeous, playing her role as Leslie Miller.

She landed her first acting gig on Fox’s period sitcom That ’70s Show in the year 2000, in which she appeared as Kate Peterson on an episode titled “Burning Down the House”.

Although she didn’t release a full-fledged studio album to date, Amy has contributed to the soundtracks for some movies like ‘Enchanted’ (2007), ‘Miss Pettigrew Lives for a Day’ (2008), and 2011 movie ‘The Muppets’.

She has crooned three songs “True Love’s Kiss”, “Happy Working Song” and “That’s How You Know” for the soundtrack of Walt Disney’s ‘Enchanted’. In addition to singing, she has also acted in all these movies.

Amy got her first major breakthrough as an actress in Walt Disney’s fantasy aminated musical, ‘Enchanted’. She played the role of a highly optimistic and joyous Disney Princess named Giselle in the film, for which she was nominated for a Golden Globe Award for Best Actress in a Comedy or Musical. It was a huge commercial success and minted over $340 million at the worldwide box-office.

In the year 2008, Amy starred in John Patrick Shanley’s period drama film ‘Doubt’, which is an adaptation of his play of the same name. She portrayed the role of an innocent nun called Sister James alongside the likes of Seymour Hoffman and Meryl Streep. Not only she received praise and appreciation for her performance in the movie, but also she was nominated for the award of Best Supporting Actress in both the Academy Awards as well as the Golden Globe Awards. It was her second Oscar nomination in her career.

Inspired by true events, Amy starred as Sydney Prosser, what is considered to be her biggest ever role to date, in the crime film American Hustle, alongside Christian Bale, Bradley Cooper, and Jennifer Lawrence. She won her first Golden Globe Award for Best Actress and received yet another Academy Award nomination, but this time for Lead Actress.

In a career spanning over two decades, Amy has reached greater heights and saw plenty of success, both in on-screen and off-screen. Obviously, her sheer hard work, persistence and her passion for the art have made her one of the richest actresses in the industry, whose net worth stands at $60 million. Amy has been featured three times in annual rankings of the highest-paid actresses in the world.

Adams started out her career as a dancer, performing at several dinner clubs and playhouses in an around Colorado and Minnesota. Her career took a shift turn when she moved to Chanhassen, Minnesota to work for the Chanhassen Dinner Theatres.

Before fame, Amy worked as a greeter at The GAP clothing store and as a waitress at Hooters to provide herself.

She almost gave up acting before landing a role in the film Junebug (2005).

She loves to sing and often can be seen singing karaoke.

After working together with actress Emily Blunt in the movie ‘Sunshine Cleaning’ (2008), they both became close friends.

In April 2014, Time magazine placed her in their “100 Most Influential People in the World” list.

On January 11, 2017, Amy received a Star on the Hollywood Walk of Fame at 6280 Hollywood Boulevard in Hollywood, California.

She is good friends with actor Bradley Cooper, with whom she starred in the crime film American Hustle (2013).

For her role as Lynne Cheney in Adam McKay’s political satire Vice (2018), she received her sixth Academy Award and seventh BAFTA nominations.

Amy is not on social media.