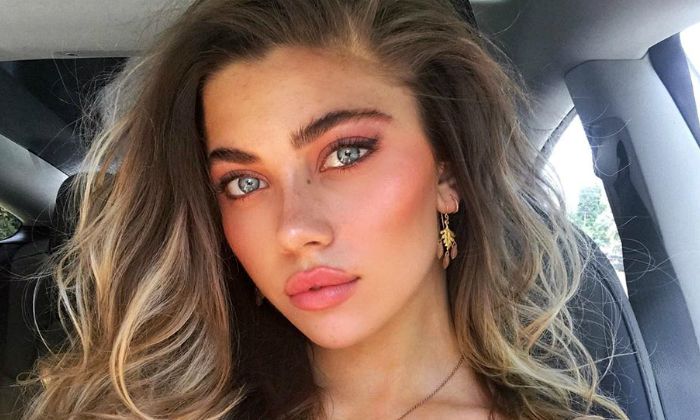 Who is Amelie Zilber?

Amelie Zilber is an American model, political activist, social media influencer and blogger. The photo-sharing app Instagram has played an important role in helping Zilber establish her modeling career, where she has over 235,000 followers. Thanks to all the love and attention she gets by sharing racy pictures from modeling on social media platforms. Besides modeling, she is even more popular as a blogger. She is the founder of the political online magazine, Two Minute Times. She’s also the Young Ambassador of UNICE.F

Amelie Zilber was born on the 27th of March 2002, in the United States of America. She is currently 17 years old.

Speaking about Amelie’s personal matters, she is the daughter of Laurent Zilber, a film producer and Christine Zilber, the founder of Jouer Cosmetics. She has a brother named Eman Zilber.

Although Amelie Zilber is currently single, there’s not much known about her private life. She had always kept things away from the media to the best of her abilities. Moreover, Amelie is currently focusing on her career and has very little time for romance.

Amelie Zilber began her modeling career while still in high school for her mother’s cosmetic line, Jouer Cosmetics in May 2016. Her popularity on Instagram led to her signing with LA Models.

Like other celebrities, Amelie Zilber is so influential on social media, with her Instagram page has well over 235,000 followers. She is also a TikToker, where she has attracted over 952,000 followers and garnered over 25 million likes. Over time, she has collaborated with fellow TikTok creators, including Nick Austin, Avani, and Anthony for her videos.

As of 2020, Amelie Zilber has a net worth of approximately $500,000, thanks to her popularity on various social media platforms.

She launched the weekly political newsletter, 2 Minutes Times, in January 2014, where she writes about major political events from around the world.

Amelie Zilber wanted to pursue her career as a journalist.