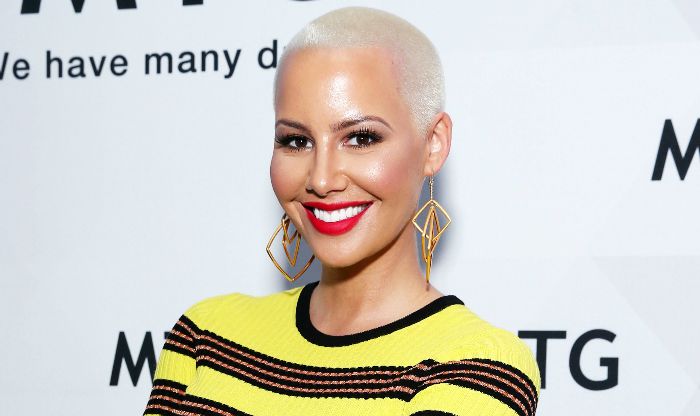 A multi-talented young artist with the likes of modeling, acting, rapping, fashion designing and author, Amber Rose caught the attention of mass population in 2008 when she appeared in Young Jeezy and Kanye West’s “Put On” musical video. This charming lass had once used to be a stripper who later propelled as model and later rapper and eventually acting, who is now a full time fashion designer and mom. The bold decisions that she took throughout her career has made her one of the most stunning personalities in Hollywood. She had also made use of her impressive popularity on social media to advocate various charities and to spread awareness on women rights.

Amber Rose was born on 21 October 1983, in Philadelphia, Pennsylvania, USA.

Her education details are currently unavailable.

Amber is half Italian and Irish and half Cape Verdean and Scottish.

Amber has a fair share of affairs and has been romantically linked with several celebrities at times. Currently, Amber Rose is dating fellow raper, 21 Savage since June 2017.

Previously, she was married to rapper Wiz Khalifa on June 8, 2013 after two years of dating. They have a son named, Sebastian Taylor Thomaz (b. February 21, 2013). However, their marriage life didn’t last long and were separated in September 2014.

Over the years, Amber has dated –

She is yet to act in films.

In 2007, Amber made guest appearance in the horror TV series A Haunting as Jessie. She has featured in several television shows and series.

Her favorite things are currently not available.

Amber Rose has an estimated net worth of $14 million US dollars as of 2017. Since she came into limelight in 2008, Rose made a huge amount of wealth from her modeling career, and of course, acting, brand endorsements, and various business endeavors add immense value to her net worth.

The dusky beauty launched her own clothing line called Rose & Ono in 2012 and in March 2016, she launched an emoji app called MuvaMoji, featuring 900 emoji icons that she curated.

The budding singer has a luxurious nesting pad in Washington county worth $1.3 million amidst the Pennsylvania forest. The house, which was gifted by her ex-husband Wiz after their engagement, spreads over 2.8 acres of lawns and countryside with living space of 3,890 square feet. This house features five large bedrooms and the four bathrooms.

Amber Rose has an extensive fleet of exotic range of cars, including a black Gallardo Spyder Lamborghini worth $181,900, a red convertible Ferrari worth $4,200,000 and casual pink Jeep worth $22,595. 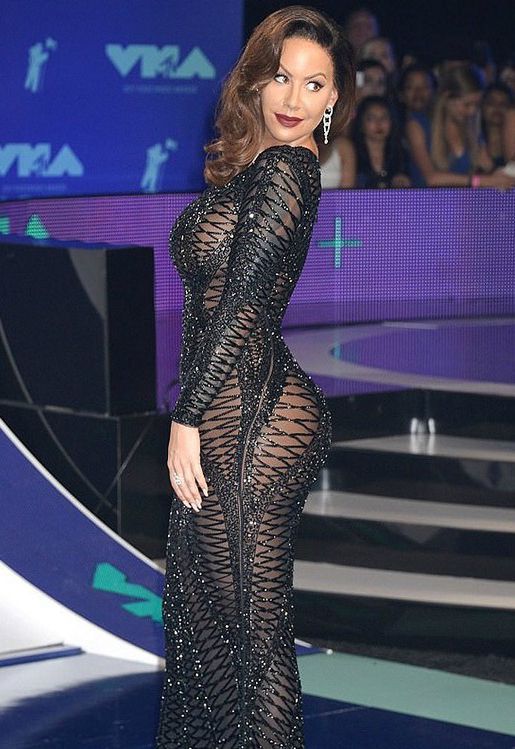 Having started her career as a model, Amber Rose has walked the runway at New York Fashion Week for “Celestino”.

Rose has featured in music videos such as Nicki Minaj’s “Massive Attack,” Young Jeezy’s “Vacation,” Wiz Khalifa’s “No Sleep,” Fabolous’ “You Be Killin’ Em,” Ludacris’ “What Them Girls Like and Future’s “Mask Off.”

She shaves her head twice a week, which she started when she was 19.

In 2015, Rose filmed “Walk of No Shame with Amber Rose” with Funny or Die. The viral video helped promote Rose’s SlutWalk, which took place on October 3, 2015 in Los Angeles, California

In 2016, Amber became the host of her own talk show called  “The Amber Rose Show”  and also began hosting “Loveline”.

Amber hosts the annually arranged festival called “SlutWalk” which is aiming at raising awareness about many important social issues.