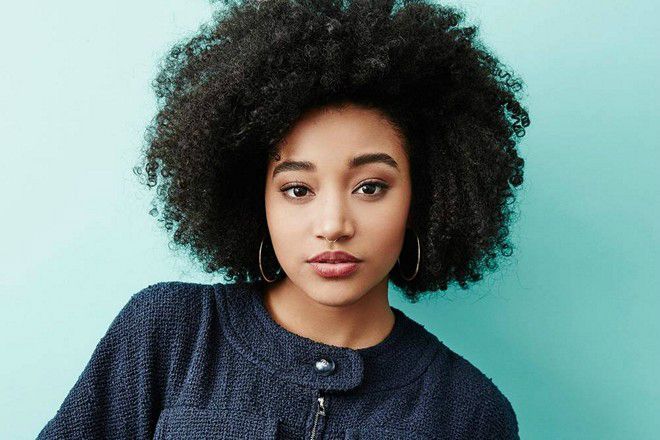 Who is Amandla Stenberg?

Amandla Stenberg is an American actress who came into the limelight after portraying Rue in The Hunger Games and is also known for her role as Madeline Whittier in Everything, Everything. She has appeared in  Beyoncé’s music video Lemonade in 2016, for which she gained BET Awards for YoungStar Award. She has also starred in the television series Sleepy Hollow as Macey Irving.

Amandla attended Wildwood School, a private school, in Los Angeles. In 2016, Stenberg announced via Instagram that she would be attending film school at New York University.

Amandla Stenberg was in a relationship with singer Mikaela Mullaney Straus aka King Princess from 2018 to 2019.

She was in a relationship with Jaden Smith in the past.

Amandla was cast in the recurring role of Macey Irving, the daughter of Captain Frank Irving (Orlando Jones), on Fox television series “Sleepy Hollow” from 2013 to 2014.

Her portrayal of Rue in “The Hunger Games”, a 2012 dystopian science fiction thriller film, is considered as one of her best works in her acting career. The film was successful in terms of both critical acclaim and earning at the box office. She won a Teen Choice Award for Choice Chemistry with Jennifer Lawrence for her work in the film.

She also earned huge appreciation from critics for her role as Maddy Whittier in the romantic drama film “Everything, Everything”. The film had a high success rate which centers around a girl, who, due to an illness, can’t go outside her house, and her neighbor Olly, who wants to help her.

Amandla has done a number of advertisement gigs from her early age. Her first modeling gig was when she posed for Disney’s catalogs at the age of four. She has also appeared in  TV commercials for  Kmart, Walmart, McDonald’s, Marshalls Law, GMC SUV, Sutter Health, Buildthedream.org, among others.

She was made the youth ambassador for non-profit organization No Kid Hungry.

Amandla Stenberg has a net worth of $2 million dollars.

In the Zulu language, her first name “Amandla” means “Power”.

She is a gifted musician, and can play the violin, drums and guitar. Her cover of Mac DeMarco’s “Let My Baby Stay” is featured on the Everything, Everything

Amandla describes herself as non-binary or gender-expansive.

In 2013, Stenberg began performing on the violin and singing harmonies at Los Angeles venues with singer/songwriter Zander Hawley.

She was featured on Dazed’s Autumn 2015 cover and  named her as “one of the most incendiary voices of her generation”.

She was featured in Time’s list of Most Influential Teens in 2015 and 2016, respectively.

Amandla co-wrote the comic book “Niobe: She is Life” with Sebastian Jones, which was released in November 2015. They released their second part of the trilogy, “Niobe: She is Death”, in May 2017.

Her paternal grandmother was an Inuit from Greenland.

In 2012, She was named  #1 Breakout Kid Actor by Entertainment Weekly.

In June 2018, she came out as gay in an interview with Wonderland magazine.