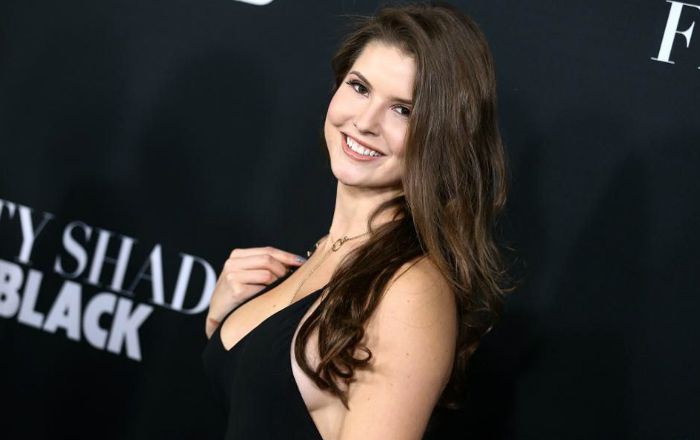 Who is Amanda Cerny?

Amanda Cerny is a social media star, model, and actress who rose to fame after she was featured in the List of Playboy Playmates in 2011. She has appeared as a cover girl in different magazines. She is the founder of a new video-on-demand service called ZEUS which will be released in 2018. She has earned over 35 million fans across different social media platforms like Instagram, Facebook, YouTube, and Twitter, making her one of the most followed celebrities on the photo-sharing app.

Amanda Cerny was born on the 26th of June 1991, in Pittsburgh, Pennsylvania, United States of America. She’s currently 28 years old.

Speaking about her personal life, Amanda has not shared any details about her parents on social media. She has a sister named Samantha Cerny and a half-brother named Nick Bateman.

Amanda Cerny has a fair share of affairs during her career. She briefly dated Keegan Allen in 2015 and was in a relationship with King Bach in February-April 2016. She was also reported to have dated Justin Bieber in 2016. Then, it was Josh Peck, with whom she was in a relationship for quite a while. In 2017, she was spotted going out with Logan Paul and the two were in a relationship as well.

Cerny has been dating Johannes Bartl since 2017.

Amanda made her acting debut in 2016 in the comedy flick, Internet Famous as Amber Day.

She was cast in a comedy TV series, Hello Ladies for her role as Melanie. It was an uncredited role.

Her first credited role came in 2013 in the adult show Playboy Plus.

Amanda has an estimated net worth of $500 thousand dollars.

Her friends suggested her to send her bikini pictures to Playboy Magazine and eventually made Playmate for the month of October 2011. She shot to fame instantly and her fan following started to rise on social media.

She has guest appeared on HBO’s “Hello Ladies” and “The Late Late Show with James Cordon”.

She was a cover model for Health & Wellness magazine. She also appeared in several magazines including Sports Illustrated’s.

Amanda Cerny has done a lot of charities throughout her career. She launched her own charitable foundation called the Play Foundation to get involved in more charity works.

Cerny is a fitness freak and devotes ample time to workouts to maintain her enviable and toned body.