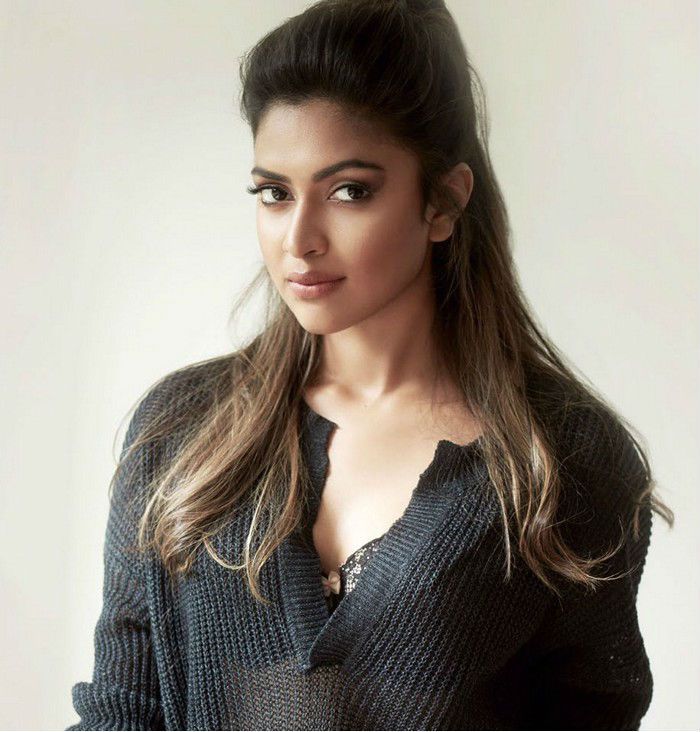 Who is Amala Paul?

Amala Paul is a popular Indian actress, who rose to fame for her portrayal in the critically acclaimed Tamil film ‘Myna’. Her role in the controversial Tamil film Sindhu Samaveli grabbed the eyeballs of the critics but the film was a box office disaster, which also marked the debut of actor Harish in Tamil film industry. She started her modeling career while pursuing her degree and got discovered by noted Malayalam director Lal Jose who introduced her in his Malayalam film  Neelathamara (2009). The film was a commercial success but unfortunately, she went unnoticed and had to take fewer impact roles in films. She attained stardom status after starring in Prabhu Solomon’s romantic drama film Mynaa (2010). She has since appeared in a number of hit movies like , Amma Kanakku, Mili, Velaiyilla Pattathari and Kadhalil Sodhappuvadhu Yeppadi, to name a few.

Amala Paul was born on the 26th of October 1991, in Ernakulam, Kerala, India. She is currently 27 years old.

Amala Paul is the daughter of Paul Varghese and Annice Paul. She has a brother, Abijith Paul, who is also an actor.

Amala Paul married film director A. L. Vijay in June 2014 and they split in 2016. Back in 2011, when Amala Paul was working in a Tamil film Deiva Thirumagal, which was directed by A.L. Vijay, something caught up between the two and they started dating each other. They both denied rumors on their relationship but eventually made their relationship public in early 2014. Amala got engaged to Vijay on June 7, 2014, and married on June 12, at Mayor Ramanathan Chettiar Hall, Chennai. They got separated in 2016 and their divorce was finalized in February 2017.

Dhanush – She was rumored to be dating actor Dhanush after they worked together in VIP. It was alledged that he was the reason for her divorce with AL Vijay.

Amala Paul made her film debut with the 2009 Malayalam film Neelathamara. The following year, she made her Tamil debut with Veerasekaran followed by Telugu debut with Bejawada in 2011.

All of her films during the early stage of her career were box office disasters, and was critically acclaimed for her role as Shwetha Rajendran in 2011 Tamil film, Deiva Thirumagal.

She hasn’t appeared on television series, however, she has featured on promotional talk shows.

Amala Paul has featured in a number of television commercials and print ads.

She has received the following awards:

Amala Paul net worth is estimated to be $2 million dollars. It is reported that she charges Rs 80 to 1 crore per film as remuneration. The beautiful actress has given a number of hits since her inception into cinema. Her earnings come form acting, endorsements, shoots and personal investments.

She was raised in a Syro-Malabar Catholic family.

Amala Paul is one of the few actresses of the south Indian film industry to do more movies in a span of 18 years.

Her father strictly opposed her decision of becoming an actress, however, Amala convinced him with the help of his brother.

She came into acting when she was 18 and has done more than 35 films in south indian languages. Of which most of her contribution were in Malayalam films.

Amala paul changed her stage name to Anakha with her Tamil debut Sindhu Samaveli as suggested by director Samy, however she reverted it to her birth name after the failure of the film.

Before getting into cinema, she was a model who had appeared in TVC and even today she has been endorsing brands and products.

In 2011, Amala did a supporting role in director A. L. Vijay’s Deiva Thirumagal film and the duo fell in love and got married in June 2014.

There were rumours that Amala Paul is romantically linked with actor Dhanush since she was the cast of VIP, but they denied the allegations.

Amala Paul is one of the few faces in Tamil film industry to get fame and recognition in their twenties. At such a young age, she has established herself as a celebrity actress who is now the most sought-after actress.