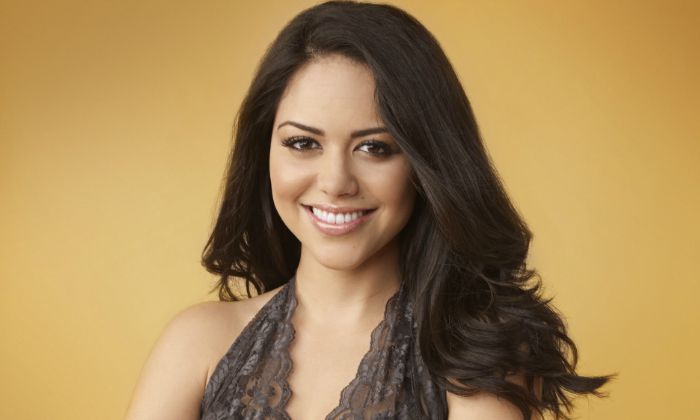 Who is Alyssa Diaz?

Alyssa Diaz is an American actress best known for her work in television series such as As The World Turns, Army Wives, Ray Donavan, and Zoo. She played Julie Goodyear in the 2012 remake of Red Dawn and Sergeant Amy Maclellan in the American drama film Patriots Day.

Alyssa Diaz was born on the 7th of September 1985, in Northridge, Los Angeles, California, United States of America. She is currently 34 years old.

Unfortunately, The Rookie actress has not talked about her family or her childhood while interacting with the media or with the fans on social media either. While not much is known about her personal life, she is the youngest child to her parents and has an older brother named Michael.

Alyssa Diaz never talks about her private life to the media and thus there is not much information available of any relation she has had in the past or in the present.

Alyssa Diaz made her screen debut as Rose in the comedy film “How the Garcia Girls Spent Their Summer” in 2005. Before that, she has acted in short films like Wednesday Afternoon, Anyone, and Echoes.

Diaz landed her first acting gig in the teen sitcom “The Brother’s García”, playing Mary Lee in an episode titled “Meal Ticket” in 2001.

Diaz earned fame and critical acclaim for her roles on television, such as Celia Ortega on the CBS daytime soap opera As the World Turns, Jasmine on the ABC Family series The Nine Lives of Chloe King, Gloria Cruz on Lifetime’s Army Wives, Teresa on Showtime’s Ray Donovan, and Dariela Marzan on the CBS series Zoo.

As a child, she wanted to be a dancer. She developed an interest in acting as she grew up.

She was introduced to acting in elementary school when a teacher asked her if she would rather take a cooking class or one in a theater.

Diaz was just 16 years old when she made her television debut on a 2001 episode of The Brothers Garcia.

She is a huge fan of Bruce Lee.

She had a supporting role with Chris Hemsworth in the 2012 action flick Red Dawn.

Since 2019, Alyssa has been starring as Angela on ABC’s The Rookie and Mika Camarena on Netflix’s Narcos: Mexico, respectively.