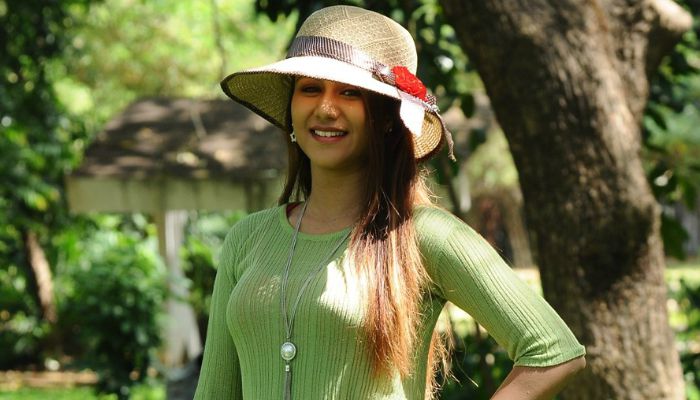 Who is Alya Manasa?

Alya Manasa, a popular actress of South Indian television industry, is best known for playing Semba in Tamil soap opera Raja Rani that airs on Star Vijay. This young talented artist became the household name of the regional state, thanks to her next-door girl personality. Alya is better known as Semba or Raja Rani Semba, that’s the impact her role has created among her fans.

Alya Manasa was born on the 3rd of June 1992, in Chennai, Tamil Nadu, India. She is currently 27 years old.

Speaking about Alya’s family and early life, there’s no information regarding her parents or her childhood available on the web. It seems that she is very reluctant to share details about her personal life to the media. Alya attended Campion Anglo-Indian Higher Secondary School in Tiruchirapalli and then graduated from Ethiraj College for Women in Chennai.

Alya Manasa is dating actor Sanjeev, her co-star from Raja Rani since early 2018.

Manasa made her on-screen debut with the 2017 Tamil comedy-drama film, Julieum 4 Perum.

Her television debut came with the dance reality show, Maanada Mayilada Season 10 in which she paired up together with Manas.

Manasa became a household name after she was cast as is Semba in a Tamil daily soap opera called ‘Raja Rani’. She became very popular lately that people refer to her as Semba and not by her original name.

Undoubtedly, Alya is one of the most popular faces in the Tamil television industry and her popularity can be attributed to the large fan base on social media. She has earned over 1.7 million followers on Instagram.

She began her career as a Radio Jockey.

She wanted to be an actress at her young age and took dance lessons when she was young.

Alya is widely known for her dubsmash videos, and in fact, it helped her land a role in mainstream cinema.

She has participated in TV shows like Ready Steady Po and Vijay Diwali Celebrations in 2017.

Her role as Semba (Sempa) in the TV series Raja Rani has earned her rave reviews both from TV audience and critics.