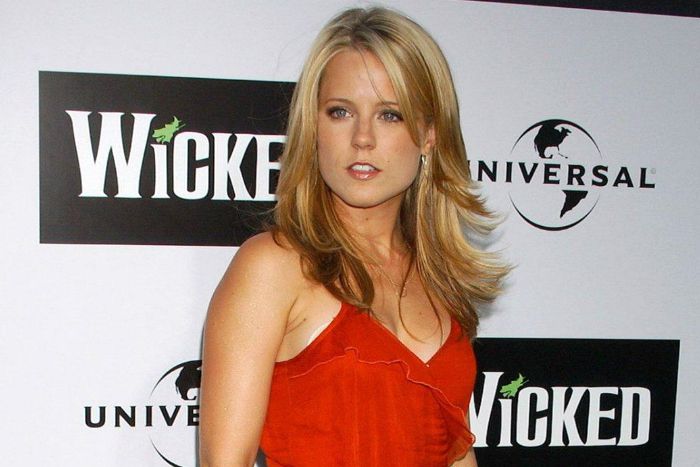 Who is Allison Munn?

Allison Munn is an American actress who is best recognized for her works in both the film and television shows. She portrayed the character of Caroline Dupree in the Fox sitcom That ’70s Show and starred as Tina Haven in The WB sitcom What I Like About You. She was also cast in One Tree Hill and in the Nickelodeon series Nicky, Ricky, Dicky, and Dawn.

Allison Munn was born on the 7th of October 1974, in Columbia, South Carolina, United States of America. She is currently 46 years old.

Allison Munn is the daughter of Nadine Munn and Russell Munn, a political lobbyist. She has a brother, Russell Clark Munn Jr.

Munn attended the AC Flora High School and then The College of Charleston.

Allison Munn married her childhood friend, actor Scott Holroyd on November 17, 2007, at the French Huguenot Church in Charleston, South Carolina. They have two children together, a son, Nathan Powell Holroyd (born November 15, 2011) and a daughter, Nora Holroyd, born in 2015.

Allison Munn had her first starring role as Allison in the American coming of an age drama film, Local Boys in 2002.

She first appeared in the adventure, comedy and drama series Now and Again in 1999.

She earned huge fame and recognition for her roles as Caroline Dupree in the Fox sitcom That ’70s Show and Anne Harper on the Nickelodeon series Nicky, Ricky, Dicky, and Dawn.

As of 2020, Allison Munn’s net worth is estimated to be $2 million, mostly earned through her film and television appearances.

After graduating from college, she moved to New York, where she landed a leading role in the Off-Broadway classic, The Fantasticks. She had appeared in more than 500 shows at the Sullivan Street Theatre in New York from 1988 to 2000.

Allison began taking voice lessons and dance training when she was very young.

During the early days of her career, she worked as a waitress and a coat-check girl to make her ends meet.

Munn has actively involved in Rock the Vote, a nonprofit organization aimed at galvanizing first-time and unregistered voters to take part in the political process.

She has a terrier named Buster Keaton.