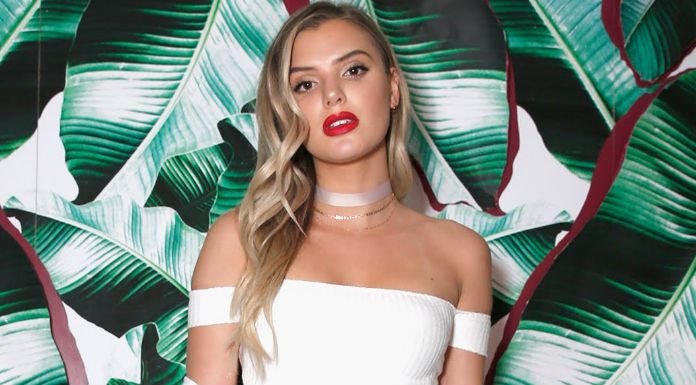 Who is Alissa Violet?

Alissa Violet is an American model and Instagram star, who has of late gained immense popularity and international recognition across the different social media platforms, particularly Vine. The Ohio based beautiful blonde launched her Vine and Instagram accounts in early 2013, while still in high school and began posting her pictures and funny videos. Presently she is counted among one of the budding internet stars and is gradually spreading her wings in the world of social media.

Alissa Violet was born on the 12th of June 1996, in Brunswick, Ohio, United States of America. She is currently 23 years old.

Very little is known about Alissa’s family, education, or her childhood. The details about her family aren’t publicly available. However, she grew up in Ohio and later moved to Los Angeles to further her modeling career. She has two brothers.

Jake Paul (2016 – 2017) – Alissa had dated Jake Paul between mid-2016 and February 2017. Jake and Alissa had featured in each other’s vines and moved in together in August 2016. They publicly ended their relationship in February 2017 and accused each other of cheating.

After almost two years of dating, Alissa Violet announced her breakup with her boyfriend to her combined 15 million social media followers in July 2019.

The budding social media celebrity had fascinated to become a model since her young age and it was around the time of her high school graduation, she met Paul brothers (Jake Paul and Logan Paul), and eventually, she became close with Jake.

In 2015, Jake asked Violet to move to Los Angeles as he would use his contacts to make her dream (modeling) come reality. She was then signed up by a renowned LA-based modeling agency, Next Models, which apparently marked a stepping stone in her modeling career.

Subsequently, Alissa Violet became active on Vine and Instagram and started posting videos and pictures since then. During that time, Vine was the biggest internet sensation, and Viners like Violet exhibited their talents using the platform. Her fan base gradually increased over time and her popularity also exploded on social media platforms, making her get noticed with her funny 6-sec videos. She often collaborated with big names like Jake Paul and Logan Paul amongst others that gained her tons of followers and fame.

Before Vine closed its doors in 2016, she had more than 600K followers and 160 million loops and already became an internet sensation. She quickly transited to other platforms like YouTube and Twitter and began growing her online presence. Speaking of her popularity, she is being followed by nearly 10 million people on Instagram, over 2.5 million followers on Twitter, and a little less than a million followers on Facebook, respectively. Her self-titled YouTube channel has amassed more than 3.9 million subscribers.

In 2016, Alissa made her TV show debut in the thriller series The Deleted for her role as Kylie in 4 episodes.

Being a well-established internet sensation, she has turned her strong social media presence into business bagging lucrative deals from popular brands. She promotes brands and products through her videos.

The natural blonde is gifted with an attractive and sexy figure, who often stun her fans with her exquisite snaps. Being a successful internet celebrity, Alissa Violet has an estimated net worth of $1 million US dollars as of 2020. She makes tons of money from ad revenues, endorsements, modeling, and investments.

Before fame, she worked at Panera Bread, which is an American bakery and café chain.

She became a member of Team 10 after she moved in with Jake Paul at the Team 10 mansion. It wasn’t long before the couple broke up in February 2017 where they accused each other of cheating and took their arguments to Twitter and YouTube.

In 2016, her career reached a whole new level when she starred in the Television show “The Deleted” as Kylie.