Alison Pill is a Canadian actress who is recognized for her significant work in both films and soaps. She came into prominence with her breakthrough role in the television series The Book of Daniel. She earned nomination for Tony Award in Best Featured Actress category for her stellar performance in the theater production of The Lieutenant of Inishmore. She has starred in a number of movies, including the Academy Award-winning films Milk and Midnight in Paris. Her other notable television roles include her work in the series, In Treatment, The Pillars of the Earth, The Newsroom, and American Horror Story: Cult.

Alison Pill was born on November 27, 1985 in Toronto, Ontario, Canada.

Pill got enrolled in an Interact program, designed for students interested in dance, music, athletics, and theatre at Vaughan Road Academy.

Alison Pill earned her first acting gig in the movie The Last Don II in 1998, playing the role of Bethany.

Her first credited role was in a Canadian movie called The Life Before This, released in 1999, in which she played a minor role as Jessica.

Pill made her first television appearance at the age of 11, playing a guest role on an episode of BBC’s kids’ series The New Ghostwriter Mysteries.

Alison Pill has a net worth of $2 million. 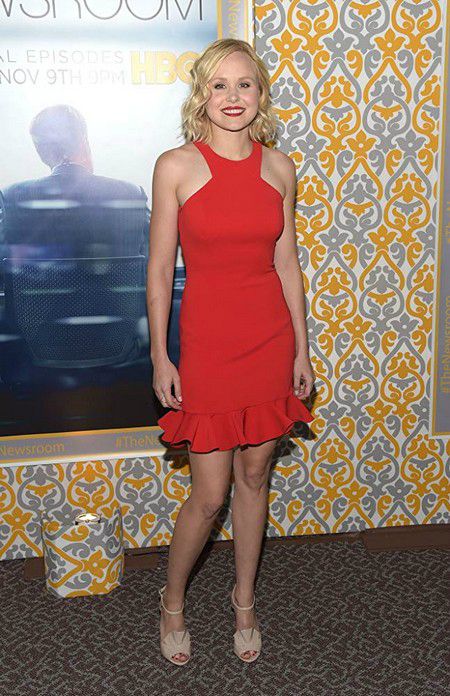 Pill began her acting career at a very young age of 10, playing an extra in the TV series Kung Fu: The Legend Continues.

She made her stage debut with the 2003 off-Broadway premiere of Jenny Lyn Bader’s “None of the Above” at the Ohio Theatre in New York City.

Her Broadway debut as Mairead in Martin McDonagh’s The Lieutenant of Inishmore in 2006 earned her a nomination for Tony Award in Best Featured Actress in a Play.

She learned to play drums for her role in Scott Pilgrim vs. the World (2010).

Pill is multilingual and can speak fluent English and Estonian.

She won the Best Child Actress award at the Burbank International Children’s Film Festival for her role in the Canadian film The Dinosaur Hunter (2000).

She was featured in music videos, including Lindsay Lohan’s  “Drama Queen (That Girl)” and Owen Pallett’s “Lewis Takes Off His Shirt”.