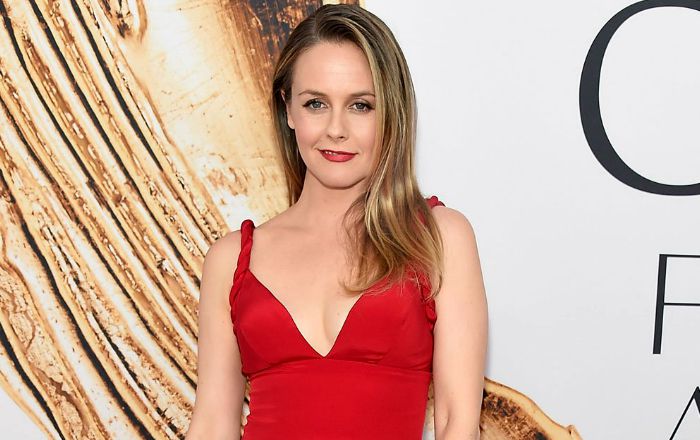 Who is Alicia Silverstone?

Alicia Silverstone is an American actress and activist who won the MTV Movie Award for Best Breakthrough Performance in 1994 for her stellar performance in her debut film, The Crush. Her starring role in the 1995 film Clueless brought her unprecedented success and fame which also earned her a leading role in the 1997 film Batman & Robin. She also starred in the short-lived NBC series Miss Match (2003), for which she received a Golden Globe Award nomination for Best Actress – Television Series Musical or Comedy.

Her father is Jewish while her mother is Scottish and English. However, she converted to Conservative Judaism before marriage.

Silverstone attended Crocker Middle School and then San Mateo High School in San Mateo, California, USA. She briefly attended the Old Dominion University (ODU) in Virginia but dropped out to pursue her career in modeling.

Alicia Silverstone married her longtime boyfriend, rock musician Christopher Jarecki, in a beachfront ceremony at Lake Tahoe on June 11, 2005. They dated for over eight years before entering into wedlock. They welcomed their first child, son Bear Blu Jarecki on May 5, 2011. The couple filed for divorce in May 2018 after being together for 13 years. The divorce was finalized in November 2018.

Alicia Silverstone made her feature film debut in the 1993 American psychological thriller film The Crush as Adrienne Forrester. This role earned her an MTV Movie Award for Breakthrough Performance and Best Villain.

Silverstone was cast as Jessica Thomas in the 1992 American comedy-drama TV series The Wonder Years. She featured in an episode titled “Road Test”.

She has appeared in Domino’s Pizza TV commercials.

Silverstone’s performance in the commercially successful film, Clueless was highly lauded by critics and moviegoers. The film was based on the novel ‘Emma’ by Jane Austen. She won several awards, including American Comedy Awards for Funniest Actress in a Motion Picture, MTV Movie Awards for Best Female Performance and Most Desirable Female and National Board of Review for Best Breakthrough Performer.

Alicia has a net worth of $20 million dollars. Silverstone lives in an eco-friendly house in Los Angeles, complete with solar panels and an organic vegetable garden, worth over $1.2 million that is equipped with Jacuzzi, Sauna, Gym, Cooking Island, Forest, Library, Spa, Beauty Salon, among other amenities. She owns a Toyota Pirus.

Silverstone started acting when she was six years old, appearing in television commercials and modeling gigs.

She turned down for the role of Juliet in the 1996 film Romeo + Juliet.

In 2002, Cosmopolitan magazine named her as Fun and Fearless female.

Silverstone was voted “Sexiest Female Vegetarian” by PETA in 2004.

In 2007, Silverstone appeared nude in a print advertisement and 30-second commercial for PETA championing vegetarianism

In 2009, she appeared in “A Gaythering Storm”, a Funny or Die spoof Internet video parodying anti-same-sex marriage commercial “Gathering Storm”

Silverstone has set up a sanctuary for rescued pets in Los Angeles.

She was inducted into the Hair Fan’s Hall of Fame in 2014.

Silverstone is a vegan and has published two nutrition books, The Kind Diet in 2000 and The Kind Mama in 2014.