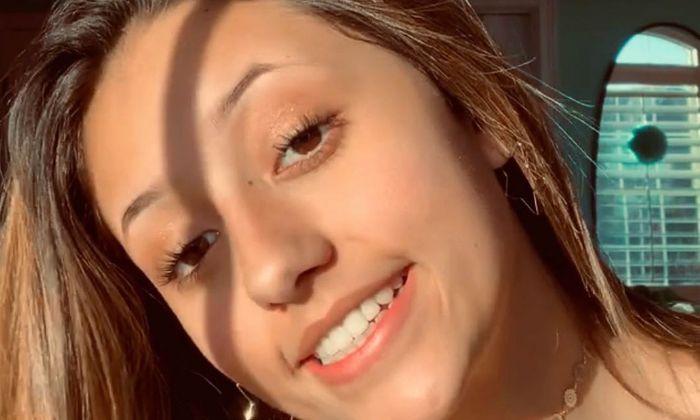 Who is Alexis Ryan?

Alexis Ryan is an American-born YouTuber who is no stranger to the YouTube community or at least to the fans of FGTeeV, a family gaming channel this is run by her family. Not only this, but they also manage a few more channels and she gained notoriety for appearing on these channels. At only 13 years old, Alexis has already made a mark as a YouTube Personality and has a considerable following around the world. Her claim to fame includes featuring on family-run channels such as “FV Family”, “FGTeev”, “Brick & Betty”, “TheSkylanderBoy AndGirl”, “DohMuchFun”, “Funkee Bunch”, “Dingle Hopperz”, “Twiplet World”, and “Kidd In Me TV”. These channels feature kids’ friendly content like challenges, contests, gaming, reviews, travel, toys, music and more. As a major online influencer, Alexia continuously inspires millennials around the world to follow in her footsteps. She owns a clothing brand known as Lexoxo.

Alexis Ryan was born on the 24th of July 2006, in the United States of America. She is currently 13 years old.

Alexis Ryan is the oldest of four children to her parents Vincent and Samantha Ryan. She has three younger brothers – Skylander Boy aka Michael, and Chase and Shawn. Her cousin, Ethan McKinnon, is also a YouTuber, who runs a gamily channel called Minecraft Ethan.

Her aunts, Elyssa and Heidi, are also YouTube personalities. They appeared on their family channels before creating their own channels. Details about her education are unknown.

Speaking about Alexis’ love life, this is the topic that many of her fans would probably look forward to. Well, in her case, she is too young for a relationship and is currently focusing on her career.

Alexis Ryan has been vlogging since she was a toddler. Her first appearance came when she was just one year old where she was featured in a video titled, “Baby Eating Salt and Vinegar Chips! First Time Trying & Eating Reaction!” The video was uploaded on their very first channel “FUNnel Vision,” which was released on August 25, 2007.

Her father, Vincent, is a pro-gamer and a huge fan of the toys-to-life action 3D platformer video game series “Skylanders”. He and his wife created their first of several YouTube channels named “FUNnel Vision” on December 4, 2006, just months after she was born.

Thereafter, she began to appear regularly along with her parents and it was a video titled “If Kids Were In Charge!” that featured Lexi and Michael posing as parents while their father acted as the child earned her visibility and recognition.

With no doubt, Alexis is on a roll and has achieved huge success in terms of fame and money at a very young age.

Alexis Ryan also has a large fanbase on the short-video sharing platform, TikTok, where she has garnered 2.5 million-plus followers and a little less than 100 million likes.

At the time of writing, Ryan’s Instagram handle @alexisryanxo has already accrued over 135 thousand followers. Her family together manages over half a dozen YouTube channels, particularly their gaming channel, “FGTeeV,” which has accumulated over 13 million subscribers. Another channel named “FUNnel Vision” has around 56.7 million subscribers, where they publish videos featuring their travel, skits, food, vacations, and a lot more. The family has a combined 30 million subscribers across their channels.

The family created as many channels such as “FV Family”, “FGTeev”, “Brick & Betty”, “TheSkylanderBoy AndGirl”, “DohMuchFun”, “Funkee Bunch”, “Dingle Hopperz”, “Twiplet World”, and “Kidd In Me TV”, after they found a lot of success and fame with their original channel, “FUNnel Vision.”

The channel FUNnel Vision was created by her parents just months after she was born in December of 2006.

The range of topics covered on these channels includes travel vlogs, food challenges, vlogs, skits, road trips, scare cam videos, holiday videos to videos of the kids’ birthday parties and much more. They only do kids’ friendly content.

Alexis sells merchandise and clothing under the label Lexoxo.