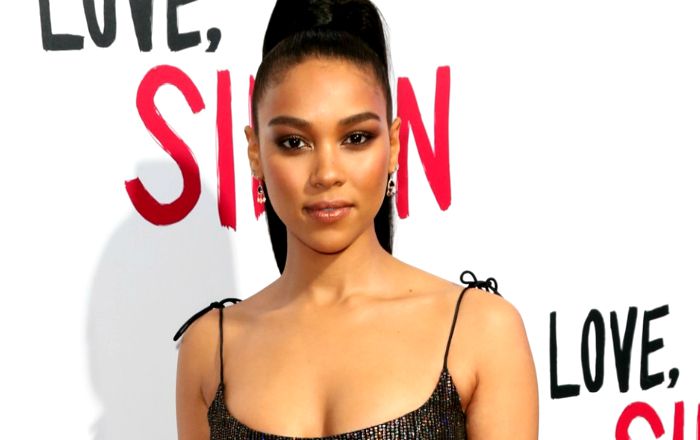 Who is Alexandra Shipp?

Alexandra Shipp is an acclaimed actress who is best recognized for her role as Aaliyah in Aaliyah: The Princess of R&B. She got her break when she played Kimberly Woodruff in the Oscar-nominated film Straight Outta Compton. She caught the attention of the international audience after portraying the iconic mohawked super heroine Ororo Munroe / Storm in the X-Men films. She will reprise the role in the yet to be released X-Men film Dark Phoenix.

Alexandra Shipp was born on the 16th of July 1991, in Phoenix, Arizona, United States of America. She’s currently 28 years old.

Shipp attended the Squaw Peak Elementary School and St. Mary’s Catholic High School in Phoenix. After graduating from high school, she moved to Los Angeles to try her luck in acting.

Alexandra prefers to keep her personal life away from the media spotlight and thus there is not much information available of any relation she has had in the past or in the present.

Shipp’s acting debut came in 2009 with a minor role in an animated musical comedy film, Alvin and the Chipmunks: The Squeakquel.

In 2015, she landed a leading role in F. Gary Gray’s biographical Straight Outta Compton, in which she played Kimberly Woodruff, wife of one of the main characters, N.W.A member O’Shea “Ice Cube” Jackson.

In 2011, she made her first television appearance playing Ashley in the episode “Dance Amongst Daggers” of the teen family drama television series, Switched at Birth.

In 2016, Alexandra Shipp played the iconic mohawked super heroine ‘Ororo Munroe / Storm’ in Twentieth Century Fox’s X-Men: Apocalypse. In the film, she played the younger version of Storm, which was originally played by Halle Berry. She received nominations for Teen Choice Awards and Nickelodeon Kids’ Choice Awards. She will reprise the role of ‘Storm’ in X-Men – Dark Phoenix, which is scheduled to release in 2019.

Her breakthrough appearance in a television series came in 2013 when she was cast to star in the third season of Nickelodeon’s mystery teen drama series House of Anubis, playing the role of KT Rush.

Shipp has an estimated net worth of $3 million.

Shipp started her acting career in 2009 when she was offered a minor role in the film,  in Alvin and the Chipmunks: The Squeakquel.

Following that, she earned a significant role, playing the role of KT Rush, in the third season of Nickelodeon’s mystery teen drama series ‘House of Anubis’. This role earned her a lot of fame and she won the likes of the television audiences, thus becoming a household name of the American masses.

She then went on to play significant roles in films like Straight Outta Compton, X-Men: Apocalypse, Tragedy Girls, and many others.

In television, her acting credits include House of Anubis, Days of Our Lives, Drumline: A New Beat and Aaliyah: The Princess of R&B.

She is also a songwriter, pianist, and guitar player.

She worked as a pet groomer before becoming an actress.

Alexandra is friends with the famous singer Romeo Miller.

She has a teddy bear that she takes everywhere she goes.

She is a feminist and a great supporter of LGBTQ+ rights.