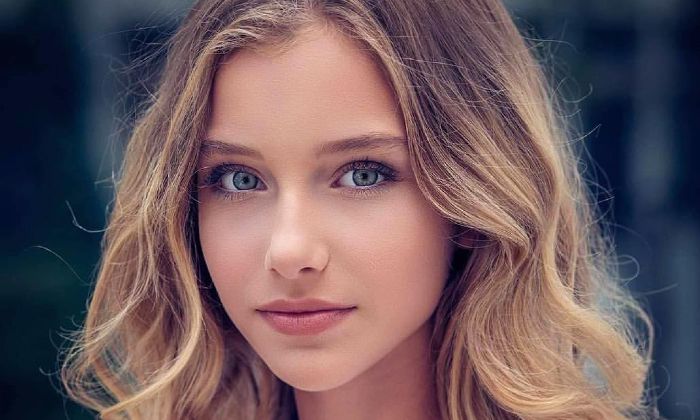 Alexandra Lenarchyk is a young aspiring actress and model, who is probably best known for her work in Deception (2018), A Thorn (2019), and Perceptions (2017). At just 13 years old, Alexandra has not only already garnered much attention for herself in the fashion industry but also achieved great success than many people twice her age. She forayed into modeling in 2014 and has since worked for major brands like CESD, Kohl’s, and Brooks Brothers. The stunning model who has been represented by New York Models and LA Models has amassed tons of fans on Instagram that currently counts 126k followers.

Alexandra Lenarchyk was born on the 10th of March 2007, in the United States of America. She is currently 13 years old.

There’s very limited to no information available when it comes to Alexandra’s family, education and siblings. Though details about her parents are still unknown, she’s of Polish and Greek ancestry. She has a brother named Alex Lenarchyk.

As far as her education is concerned, Alexandra’s modeling career began at a tender age of 7 and her choice of career requires traveling to different places for modeling shoots and thus she’s homeschooled.

Now, this is the topic that most of you are probably looking forward to. Well, we are sorry to say that there is not a lot we have to share regarding the personal matters of Alexandra. She has tried to keep things away from the media to the best of her abilities. Moreover, Alexandra is currently focusing on her career and education and has very little time for romance.

Alexandra Lenarchyk got her start as a child model at a young age of 7 when she modeled for the fashion label Autumn Cashmere that eventually led to other modeling gigs. As she moved forward with her career, she worked for fashion labels such as Brooks Brothers, Kohl’s, United Colors of Benetton and CESD.

On the heels of her success with various modeling assignments, she went on to walk at the fashion shows, including Alexandra-Petite Parade and Oil and Water Show.

She has also had many TV commercials gigs as well as associated with several photographers, such as Antoine Verglas, Daniel Bidiuk and Robert Beczarski. Besides modeling, Alexandra has also been on the covers of several magazines, including Bambini Stellari. Furthermore, she has done roleplay and print modeling for various brands.

Alexandra Lenarchyk earned her first acting credits in 2017 when she played the young version of the title character “Elaine” in a short movie called “Perceptions”, directed by Eha Urbsalu. One year later, she was cast as a Young Mystery Woman in two episodes of the ABC mystery drama series, Deception. In 2019, she landed the role of Angie in Urbsalu’s thriller short film, A Thorn.

Despite information regarding Alexandra’s net worth and salary are not known at the moment, we can easily say that she must have earned a handsome amount of money from her professional accomplishments.

The young gorgeous blonde has already achieved a stunning amount of success and will continue to have an amazingly successful career. With no doubt, she is a breath of fresh air for many young women that need someone to look up to.

Alexandra is very active on social media which she takes advantage of it to promote her projects as well as to stay in touch with her fans. She has accrued 126 thousand followers on her Instagram @alexandra_lenarchyk, which is her most popular social media platform.

She and supermodel Angela Lindvall appeared in a Christmas shoot for Simon Malls.

She earned representations with New York Models and LA Models before turning 10.