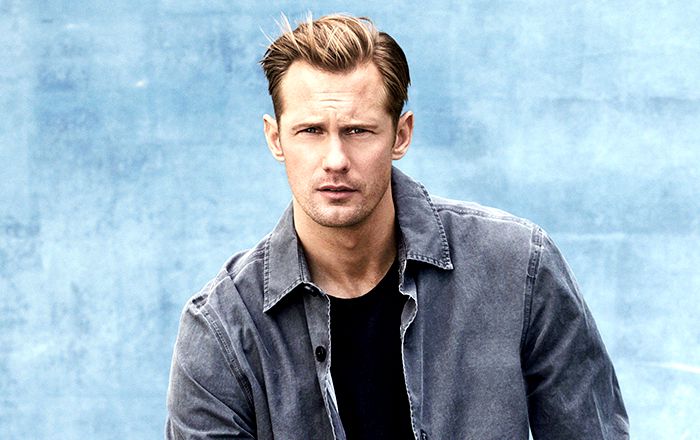 Who is Alexander Skarsgard?

Swedish actor Alexander Skarsgard who is known for his portrayals of Eric Northman in the HBO series ‘True Blood’, Meekus in ‘Zoolander’, and John Clayton in ‘The Legend of Tarzan’. He also earned accolades for starring as Brad Colbert in the HBO miniseries ‘Generation Kill’. For his role as Perry Wright in the HBO miniseries ‘Big Little Lies’, Alexander won a Primetime Emmy Award, a Screen Actors Guild Award and a Golden Globe Award.

Alexander Skarsgard was born on the 25th of August 1976, in Stockholm, Sweden. He’s currently 43 years old.

Alexander is the oldest son of actor Stellan Skarsgård and his first wife, My Skarsgård, a physician. He has five younger siblings, Gustaf, Sam, Bill, Eija and Valter, and two half-brothers from his father’s second wife, Megan Everett. His brothers, Gustaf, Bill, and Valter are also actors

Alexander attended Leeds Beckett University in England to study English but stated that he did not study much and “had a blast” instead. He then joined Marymount Manhattan College in New York to study theatre.

In July 2011, Skarsgård received an honorary degree from Leeds Beckett University where he was formerly a student.

Alexander Skarsgard began acting at the age of 7. He starred in the 1984 Swedish drama film Åke and His World (Swedish: Åke och hans värld) for his role as Kalle Nubb.

His first leading role was with the 2000 film The Dog Trick for her role as Robinson-Micke.

In 1987, he starred in a TV film Idag röd marking his television debut, in which he played the role of Fred.

He has featured in advertising campaigns for brands like Calvin Klein.

Skarsgard has an estimated net worth of $12 million. That money comes from his appearances in films, television, brand endorsements, and other business activities.

Skarsgård is a fan of Swedish football and supports Hammarby IF, a club based in Stockholm, his birth city.

In 2009, Skarsgård appeared in the music video for pop singer Lady Gaga’s “Paparazzi”.

He voiced the character Stefan in the 2009 animated film Metropia, directed by Tarik Saleh.

He was the Ambassador for the American team for a Walking With The Wounded fundraising event for wounded soldiers.

Alexander did editorial shoots for The Wall Street Journal Magazine, GQ and Details.

He has also appeared on the covers of magazines like Rolling Stone and many others.

He was named the Sexiest Man in Sweden five times.

In 2017, Skarsgard won the Primetime Emmy Award for Outstanding Supporting Actor in a Limited Series for his stellar performance in the HBO’s Big Little Lies.

Alexander has won numerous awards for his appearance on the TV series, True Blood.