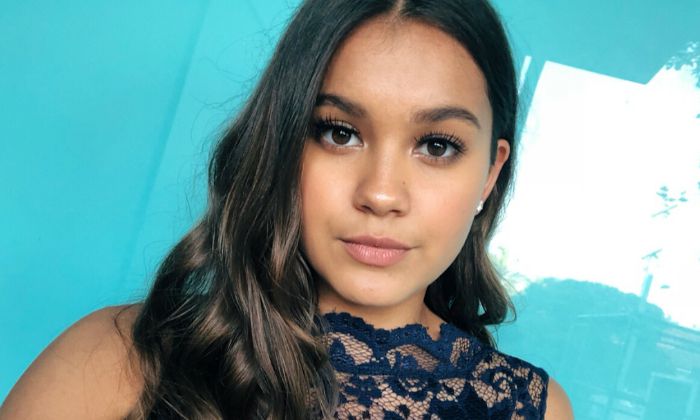 Who is Alexa Curtis?

Australian singer Alexa Curtis who caught the spotlight winning The Voice Kids Australia, a talent hunt show, in 2014. Known for her charismatic personality and soulful renditions, Curtis represented her country in the 2016 Junior Eurovision Song Contest, finishing fifth. She is signed with Universal Music Australia.

Alexa Curtis was born on the 4th of January 2004, in Gold Coast, Queensland, Australia. She is currently 15 years old.

Alexa is the younger daughter of Tony Curtis and his wife Michelle Curtis. She has an older brother, Aidan Curtis, who owns a photography, videography, and media company called Runs ARC Productions. Her parents were originally from New Zealand and settled in Australia two years before she was born. On the educational front, there’s no information available at the moment. She started singing at the age of 10 and she should probably be educated through homeschooling.

Alexa is very keen on not to reveal anything about her personal life while interacting with the media or fans. Perhaps, she is too young for an intimate relationship or she’s focusing on her career.

Alexa released her first single “Playground” in 2014 and followed it up with her second single “We Are” in 2016.

Alexa competed in the talent competition show, The Voice Kids Australia, in 2014 and subsequently won the show.

Alexa had no prior singing experience before appearing on The Voice Kids Australia.

She became the youngest winner in the history of The Voice kids.

She was mentored by Australian singer Delta Goodrem in the show and some of her best renditions include, Alicia Keys‘ “Girl on Fire”, Pocahontas theme song “Colours of The Wind”, and Mariah Carey’s “Hero”.

Following her win, she went on a national tour and released a compilation of her renditions on The Voice Kids.

In 2016, Alexa recorded theme song for six episodes of The Powerpuff Girls on Cartoon Network Australia.