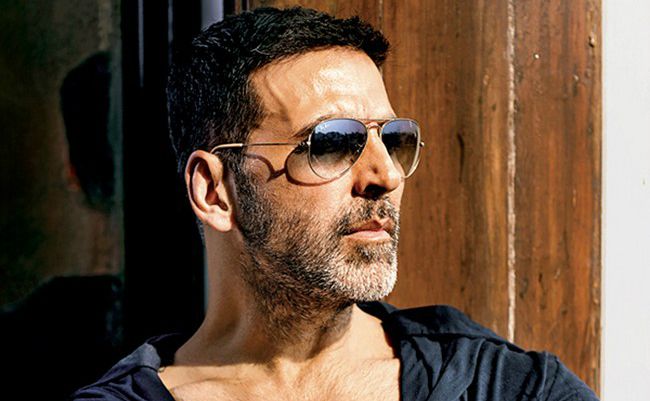 Who is Akshay Kumar?

Akshay Kumar is an Indian born Canadian multi-talented personality who is one of the best selling Bollywood actors in the history of Indian Cinema. With a career spanning more than 25 years, he has appeared in more than a hundred films and became the first Bollywood actor whose movies have crossed Rs 2000 crore in 2013  and Rs 3000 crore in 2016, respectively. He is one of the highest-paid actors in the world. He has created a brand for himself in Indian cinema and has received several accolades including a National Film Award for Best Actor for his performance in Rustom.

Akshay Kumar is the son of Hari Om Bhatia, a retired army officer, and Aruna Bhatia, a film producer. He has a sister named Alka Bhatia. Actor Rajesh Khanna was his father-in-law, who died on July 18, 2012. Actress Dimple Kapadia is his mother-in-law and actress Rinke Khanna is his sister-in-law.

Akshay Kumar started dating actress Twinkle Khanna, who is the daughter of actors Rajesh Khanna and Dimple Kapadia in 2001. The couple got engaged twice before getting married on January 17, 2001. They both have two children – a son named Aarav (born – September 2002), and a daughter named Nitara (born – September 25, 2012).

Prior to his marriage, he dated actress Shilpa Shetty for five years from 1995 to 2000, actress Raveena Tandon and actress Pooja Batra.

He debuted in the 1991 Bollywood film Saugandh as Shiva for which he won Filmfare Award for Best Male Debut.

He first appeared on television in 2008 as a host of the reality TV series Fear Factor: Khatron Ke Khiladi (season 1).

Being one of the highest-paid actors in the world by Forbes magazine, Akshay Kumar has a net worth of $240 million US dollars. He charges between $5 to $10 million per film as salary for his work, and of course, one of the best in class actors in the Indian cinema whose movies have made millions of dollars against their making budget. He earned over $65 million between June 2018 and June 2019.

Some of his highest grossing movies are –

He is of a car guy who has some expensive exotic cars in his garage, including Porsche Cayenne, Rolls Royce, BMW 7 series, Honda CRV, Bentley Continental GT, and cars from other brands like Mercedes, Fiat, Ferrari and Nissan. He lives in a sea-facing Bungalow in Juhu with his family. Apart from that, he also owns a handful of properties across the country.

He holds dual citizenship of Canada as well as India, likely an Overseas Citizen of India.

Being mastered in martial arts, he worked as a martial arts instructor in the past. He owns a black belt in Taekwondo.

He briefly did modeling before establishing himself as an actor in the Indian cinema. He has also worked as a chef whilst he was in Bangkok, Thailand.

He likes rock climbing, swimming and listening to music.

In 2004, he was honored with the Rajiv Gandhi Award for his outstanding achievements in Bollywood.

In 2008, the University of Windsor conferred an Honorary Doctorate on Kumar in recognition of his contribution to Indian cinema.

Akshay Kumar was often called as “Indian Jackie Chan” for his exclusive and dangerous stunts without using body doubles. He has also worked as a stunt man during the early days of his showbiz career.

He has his own production company called  Hari Om Entertainment through which he produces films that adds a great value to his net worth.

in 209,  Akshay was conferred with Padma Shri by the Government of India. In 2011, The Asian Awards honored Kumar for his outstanding achievement in Cinema.

In 2012, he founded another production company called Grazing Goat Pictures.

He also owns the team Khalsa Warriors in the World Kabaddi League.

As of August 2017, he is the tenth highest-paid actor in the world, according to Forbes.

Akshay Kumar was one of the 15 international celebrities invited for the Olympics torch-bearer rally to Canada.

He calls his army of fans as Akkians.