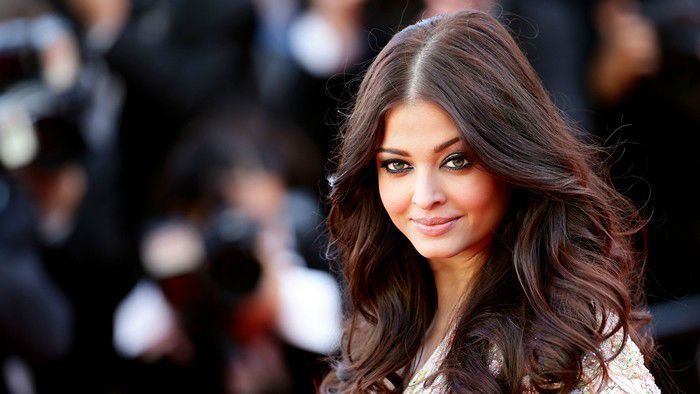 Who is Aishwarya Rai Bachchan?

Former beauty pageant and actress Aishwarya Rai is one of the most popular and influential celebrities in India. Starting off with her debut in Mani Ratnam’s Tamil film Iruvar, Aishwarya has since starred in dozens of films, including Hindi, Tamil, Telugu, and English language movies. She has received several awards, including two Filmfare Awards, and was conferred with the Padma Shri by the Government of India. She was also a jury member at the Cannes Film Festival in 2003, becoming the first Indian actress to be honored with such works.

Aishwarya Rai was born on the 1st of November 1973, in Mangalore, Karnataka, India. She is currently 47 years old.

Aishwarya Rai is the daughter of the late Krishnaraj Rai, a Marine biologist, and Brindya Rai, a writer. His father died on March 18, 2017. Her older brother, Aditya Rai, works as an engineer in the merchant navy. Legendary actor Amitabh Bachchan and his wife Jaya Bachchan are her in-laws.

For education, she attended Arya Vidya Mandir High School in Mumbai and then attended Jai Hind College for a year for her intermediate schooling. She later enrolled in DG Ruparel College of Arts, Science, and Commerce in Matunga, where she secured 90 percent in the HSC exams.

She aspired to make a career in medicine since her favorite subject was Zoology. But, she enrolled at Rachana Sansad Academy of Architecture as she changed her plans to become an architect, however, she dropped out to pursue a full-time career in modeling.

Aishwarya Rai and Abhishek Bachchan began dating when they acted together in the 2006 film Dhoom 2. Abhishek fell in love with her and the couple eventually became engaged on January 14, 2007. They were married on April 20, 2007. They welcomed their first daughter, Aaradhya Bachchan on November 16, 2011. She has been nicknamed as “Beti B” by the fans.

Prior to her marriage with Bachchan, Rai had involved in a few relationships. She dated model Rajeev Mulchandani during her modeling days.

She began dating Bollywood actor, Salman Khan in 1999. They entered into a live-in relationship after they worked on Hum Dil De Chuke Snam. But, their relationship was short lived which came to an end in late 2001. Rai reported to the media as Salman abused her – emotionally, physically, and verbally. But, Khan on the other hand, denied of these offences.

Aishwarya Rai made her acting debut in the 1997 Tamil political drama film, Iruvar, as Pushpavalli / Kalpana alongside Mohanlal, and Prakash Raj.

She hasn’t yet cast in any of the television series, however, she has appeared in a number of talk shows or some kind of promotional shows.

Aishwarya Rai has been into modeling since her tender age. She had her first television commercial at her 9th grade for Camlin pencils. Over the years, she became a popular and high-profile celebrity endorser, who has affiliated with several brands like Pepsi, Coco-Cola, Titan Watches, Longines watches, L’Oréal, Lakmé Cosmetics, Casio pager, Philips, Palmolive, Lux, Fuji films, Nakshatra Diamond Jewellery, and Kalyan Jewellers.

Ever since Rai bagged the Miss World beauty pageant, she became the favorite of beauty and cosmetics brands. She has been the face of De Beers Diamonds, TTK Group, and Lodha Group World One. Aishwarya is among the top paid celebrity female endorser and the highest-paid actresses in B-town.

The most beautiful and popular international figure, Aishwarya Rai Bachchan has an estimated net worth of $100 million dollars. As per financial data of 2014, she made $888,000 per film and $740,000 per endorsement deal. Her major source of income comes from acting, endorsement deals, appearances in events, and modeling assignments.

She is one of the most bankable actresses in Bollywood. The unmatched beauty is among the wealthiest Bollywood celebrities and of course, the versatile diva lives her life like a queen boasting everything in her life.

Rai owns a luxury house in the posh area of Mumbai. She also bought an expensive Sanctuary Falls home in Jumeirah Golf Estates that has neighbors like Dubai David and Victoria Beckham as well as Angelina Jolie and Brad Pitt. She and her husband Abhishek spent $10 million on his exquisite home. Aishwarya has a great sense of taste when it comes to cars that can be attributed to her large car collection – Bentley, Audi Q7, Range Rover, and Rolls Royce Phantom.

Rai has received numerous awards and accolades, including two Filmfare Awards from eleven nominations, and she was awarded the Padma Shri by the Government of India in 2009.

Aishwarya Rai was speculated to win Miss India 19994 but lost it to Sushmita Sen. She was then crowned Miss World in 1994.

She trained in classical dance and music for five years during her teens.

In 1991, Rai won a supermodel contest (organized by Ford) and was eventually featured in the American edition of Vogue.

As of 2003, she was the second Indian actress to grace the covers of Time magazine.

Rai is the second most popular watch brand ambassador all over the world, according to a survey conducted by World Watch Report.

Aishwarya Rai was called out on a dinner date by Miss World Contest host Richard Steinmetz when she won the beauty pageant in 1994, but she politely denied it.

She was approached to host 77th Annual Academy Awards, but she refused as she was busy shooting for her film, The Mistress of Spices at that time.

Different Tulips at the Keukenhof Gardens in the Netherlands have been named after her name.

She took a hiatus from acting in 2010 due to her pregnancy and returned with Sanjay Gupta’s drama-thriller Jazbaa, co-starring Shabana Azmi and Irrfan Khan in 2015.

Rai has pledged to donate her eye to the Eye Bank Association of India after her death.