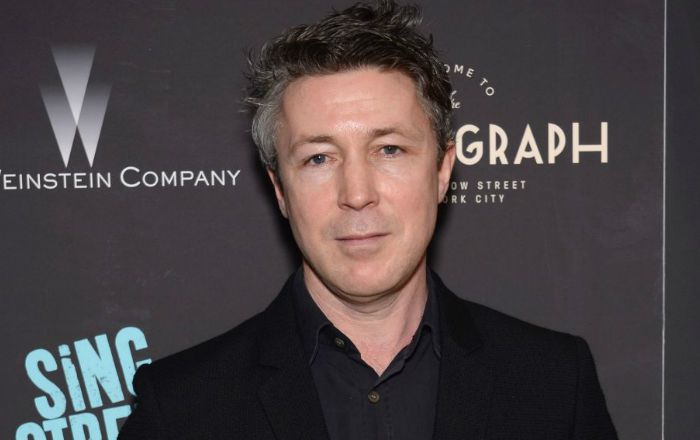 Who is Aidan Gillen?

Aidan Gillen is an Irish actor who became known for portraying the role of Petyr “Littlefinger” Baelish in the HBO series Game of Thrones. He first gained recognition for playing Stuart Alan Jones in the Channel 4 series Queer as Folk and went on to star as Tommy Carcetti in the HBO series The Wire and as John Boy in the RTÉ series Love/Hate. In films, he played CIA Agent Bill Wilson in The Dark Knight Rises, Janson in Maze Runner film series, and John Reid in Bohemian Rhapsody.

Aidan Gillen married Olivia O’Flanagan in 2001. Together, they have two children, Betty and Joe. The couple separated in 2014.

He’s currently in a relationship with singer Camille O’Sullivan.

Aidan Gillen debuted in a short film called ‘The Drip’ in 1985 before making his on-screen debut in the 1987 film ‘The Lonely Passion of Judith Hearne’, where he played a role of a youth at liquor store. He was credited as Aidan Murphy in the film.

He landed his first major role as Stuart Alan Jones on ten episodes of the BBC series, ‘Queer as Folk’.

His portrayal of Petyr “Littlefinger” Baelish in the fantasy drama HBO series, Game of Thrones from 2011 to 2017.

One of the successful Irish actors in industry who has been a part of several hit TV shows and won several awards including Tony Award, Irish Film & Television Awards, British Academy Television Award, and British Independent Film Award.

Gillen has a net worth of $8 million.

Aidan began his acting career as a teenager with the Dublin Youth Theatre, playing Nick Bottom in A Midsummer Night’s Dream at the Project Arts Centre.

He moved to London at the age of 18 to pursue his acting career.

His first breakout role was in  Channel 4 television series Queer as Folk, for which he received a British Academy Television Award nomination for Best Actor.

He won his first Irish Film & Television Award for Best Actor in a Lead Role in Television for his role as Tommy Carcetti in the acclaimed HBO series The Wire.

He has own a total of three Irish Film & Television Awards throughout his acting career.

Beside acting, Gillen has narrated a handful of audiobooks, including Roddy Doyle’s ‘The Barrytown Trilogy: The Commitments’.

He has appeared in a number of short films, including ‘The Drip’, ‘Amazing Grace’, ‘The Second Death’, ‘Burning the Bed’, ‘The Note’ and ‘Ambition’.

He will be next seen in the 2018 biopic called Bohemian Rhapsody, where he plays Queen’s second manager John Reid.