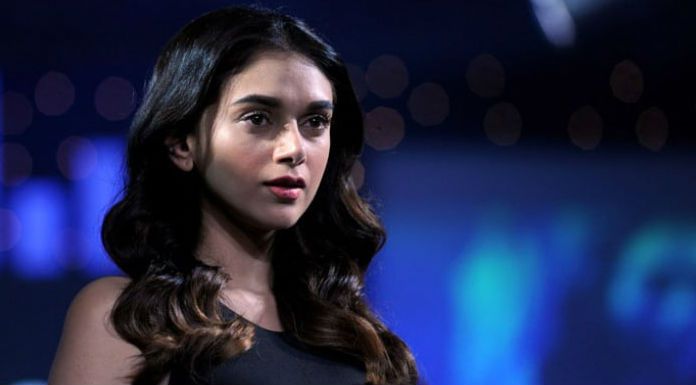 Who is Aditi Rao Hydari?

Aditi Rao Hydari is an Indian actress and dancer who reached prominence with such movies as Yeh Saali Zindagi, Rockstar, Murder 3, Boss, Wazir, and Padmaavat. She predominantly appears in Indian mainstream languages like Tamil, Hindi, Telugu, and Malayalam. The gorgeous blonde grabbed the eyeballs of movie lovers with her stunning performance in Sudhir Mishra’s 2011 romantic thriller film Yeh Saali Zindagi, a role that won her the Screen Award in the Best Supporting Actress category.  This Hyderabadi cutie with no cinema background has now established herself as a talented actress in Indian cinema.

Aditi Rao Hydari was born on the 28th of October 1986, in Hyderabad, Andhra Pradesh (now Telangana), India. She is currently 34 years old.

Aditi’s maternal grandparents are Raja J Rameshwar Rao, who headed the administration of Wanaparthi state during colonial India, and Shanta Rameshwar Rao, a much-respected educationalist in the city of Hyderabad, and the chairperson of the publishing house Orient Blackswan. Filmmaker Kiran Rao, the wife of actor Aamir Khan, is her maternal first cousin.

Aditi attended Rishi Valley School, Madanapalle in Andhra Pradesh. She earned her bachelors degree from the Lady Shri Ram College for Women of the University of Delhi.

Satyadeep Mishra (2009 – 2013) – Aditi met Satyadeep Mishra when she was 17, who was a former Assistant Commissioner of Income Tax and Indian Revenue Service Officer. Mishra is now an actor. At the age of 21, Aditi married Mishra but their marriage didn’t last, and eventually, they divorced in 2013.

Farhan Akhtar (2015) – Hydari was romantically linked with the actor Farhan Akhtar with whom she worked in the 2016 film Wazir. It was speculated that she was the reason for Akhtar to end his 16-year long marriage with Adhuna Bhabini.

She made her acting debut with the 2006 Malayalam movie Prajapathi as Savithri.

Her first TV appearance was as a host in MTV Webbed in 2013.

Alongside acting career, she has appeared in a number of television commercials. she has also been the ambassador for brands such as Close Up, Airtel, Manyavar, Maya Jewels, Reliance Big TV, Platinum Love Brands, Anita Dongre Summer 2016 Collection and etc.

Aditi has a net worth of $8 million US dollars, earned primarily from movies and endorsements. She has an extensive collection of cars at her garage, including Ford Endeavour, Jaguar XJL, and many others. She has a lavish house in Mumbai, Maharashtra, India.

Aditi was raised by her single mother.

She grew up in both Hyderabad and Delhi.

She is the maternal first cousin of Aamir Khan’s wife Kiran Rao.

Aditi is considered as the pout queen in Bollywood. Check out her social media accounts and you will be treated with many adorable pouted selfies.

She started learning Bharatanatyam since her six years from acclaimed dancer Leela Samson.

Her first film in Tamil was Srirangam in which she played the role of a devadasi where she showcased her stunning Bharatanatyam skills. She earned positive reviews and accolades for her performance.

Besides acting, Aditi Rao Hydari is also a playback singer. She launched her singing career with the movie ‘London, Paris, New York’ for which she recorded with two songs – ‘Woh Dekhnay Mein’ and ‘Theree Si Zindagi’.

In 2016, Aditi became the new face of Mohey by Manyavar. In the same year, she also launched Anita Dongre’s new summer collection and became the brand ambassador for Avon.