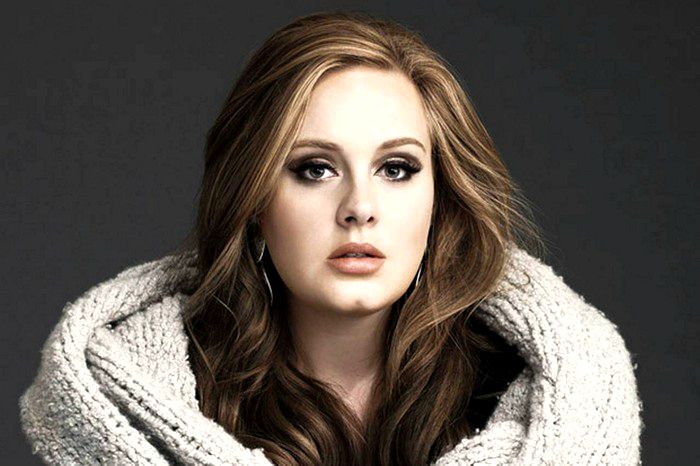 Adele Laurie Blue Adkins, professionally known as Adele, is a famous English singer and songwriter. During her teenage, she decided to take up music as her full-time career and worked hard towards achieving it. Not long after she graduated from BRIT School, XL Recording singed her for a record contract, with whom she released her debut studio album, 19, in 2008. The album was commercially successful as well as debuted at top positions on several musical charts. Known for her uniquely soulful voice,  Adele has received several awards including an Academy Award for her song “Skyfall”, which she wrote and composed for the eponymous James Bond film. With an impressive voice, Adele has earned the hearts of millions of people throughout the world to become the best selling artist of the present generation.

Adele was born on the 5th of May 1988, in Tottenham, North London, England, United Kingdom. She is currently 31 years old.

Adele is the daughter of an English mother, Penny Adkins, and a Welsh father, Marc Evans. She has a brother named Cameron Evans. Her father left the family when she was two years and eventually raised by her single mother.

Adele graduated from BRIT School for Performing Arts & Technology in Croydon in May 2006.

Adele has been dating charity entrepreneur and Old Etonian Simon Konecki since the summer of 2011. The couple welcomed their son Angelo on 19 October 2012. During her acceptance speech at the 59th Annual Grammy Awards for Album of the Year, Adele confirmed their marriage by calling Konecki her husband when thanking him.

Adele released her debut studio album, 19, which was named after her age while recording it, which charted at number one on British charts. The album’s lead singles, “Hometown Glory” and “Chasing Pavements” peaked at number one on various musical charts, eventually she became overnight sensation.

Her second album, 21, was released on 24 January 2011, was even more successful in terms of sales and acclaim. The album, which was inspired from the break-up with her then partner, is categorized as classic and contemporary country and roots music. The albums’s lead single “Someone Like You”, “Set Fire to the Rain” and “Rolling in the Deep” peaked at top 5 places on major musical charts, including US Billboard and UK Singles charts. The album has been certified 16 times platinum in the UK, and is overall the fourth best-selling album in the nation. the album sold over 31 million copies worldwide.

She is widely known for her albums, 19 and 21, respectively.

The astounding singer purchased a plush mansion in Sussex, England for $11 million. She also bought a luxury mansion in Beverly Hills, Los Angeles of worth $9.5 million last summer. The houses features four bedrooms, six bathrooms, a tree house, and a large outdoor pool.

Adele was seen cruising in around in a Volkswagen Sharan and also owns a Cayenne, manufactured by Porsche.

Adele was raised by her single mother as her father left when she was two.

Her voice is listed as a contralto, which is a type of classical female singing voice whose vocal range is the lowest female voice type.

In 2012, Billboard announced Adele’s “Rolling in the Deep” as the biggest crossover hit of the past 25 years, topping pop, adult pop and adult contemporary charts.

In 2013, she was made a Member of the Most Excellent Order of the British Empire (MBE) in recognition of her services to music.

She is an icon for the LGBT community.

Adele has performed in numerous charity concerts throughout her career.

Adele was was named Songwriter of the Year by the British Academy of Songwriters, Composers and Authors at the 2016 Ivor Novello Awards.