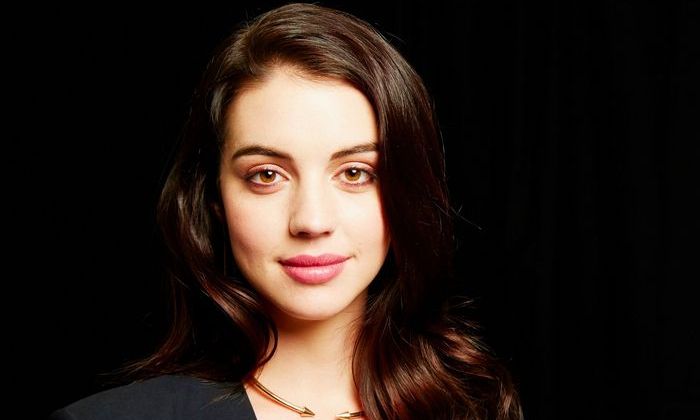 Who is Adelaide Kane?

Hailing from Claremont, Western Australia, Adelaide Kane made her mark in the Australian television sphere when she played Lolly Allen in the Australian soap opera Neighbours. She garnered much attention for herself on the heels of her successful television debut performance. She credits her success with prominent roles as Drizella on ABC’s Once Upon a Time, Mary, Queen of Scots on the CW’s Reign, and Rebecca Brown on NBC’s SEAL Team. As ana accomplished actress, Adelaide has starred in such movies as Blood Punch, The First Purge, The Devils Hand and The Purge,

Very little is known about Adelaide’s parents and her early life. She is the daughter of an ex-pat from Glasgow, who is of Scottish descent, while her mother is of Scottish, Irish, and French descent. She has a younger brother named William, who is three years younger than her.

Following her parents’ divorce when she was just 7 years old, her mother took her and her brother to Perth. There she attended St Hilda’s Anglican School for Girls, located in Mosman Park, a southern suburb of Perth, Western Australia.

She moved to Los Angeles, California, from Australia at the age of 19 years old top seek better acting opportunities.

Talking about her dating life, Adelaide has dated many men during the course of her career. Her first known relationship was with multi-faceted actor Ian Bohen.

She then dated American actor Connor Paolo for to years from 2011 to 2013. She was also rumored to be dating British actor Gregg Sulkin in 2013 around the same time she was in a romantic relationship with English actor Toby Regbo whom she dated from 2012 to 2014.

Following her split with Toby, she began dating British actor Sean Teale in 2014. The couple broke up in 2016. Thereafter, she dated entrepreneur Joey Pauline from May 2017 to June 2019.

She is currently in a relationship with Jacques Colimon, her Into the Dark co-star. They began dating in July 2019.

Adelaide Kane’s first feature film role was in the 2011 movie Donner Pass, where she played the role of Nicole.

In 2007, Kane was cast as Lolly Allen in the Australian soap opera, Neighbours, which aired on Seven Network. She was signed by the network for three months. She appeared in a total of 46 episodes and left the series after her contract ended.

Over the course of her acting career, Adelaide Kane has appeared in a handful of popular television series, that include lead roles and recurring roles, such as Power Rangers RPM, Reign, Once Upon a Time, and SEAL Team.

She also runs a YouTube channel under her name that has nearly 200 thousand subscribers. The channel features makeup and beauty tutorials in addition to some vlogs.

Having been in the industry for more than a decade, the gorgeous Adelaide Kane has been able to make a whopping $5 million dollars as her worth. She has earned her worth by appearing in numerous successful television series and films. With a net worth higher than most women her age, Fleur has proven that all it takes to be a successful woman is passion, hard work, and talent.

She was raised by her single mother.

Despite having featured in many theatre productions, she only got her big break when she joined the Australian soap opera Neighbours after winning a magazine contest.

In her early teens, she worked in a restaurant as a dishwasher.

She is good friends with her Neighbours co-star Caitlin Stasey.

She auditioned for Cartoon Network’s first live-action series, Unnatural History, for the role of “Maggie Winnock” along with actress Italia Ricci. The latter won the role.

Her favorite dress of all time is the Alexander McQueen dress.

Adelaide is an avid comic book reader and has stated that her all time favorites are Sin City, Watchmen, Fables, Sandman, Preacher, The Boys, Chew, House of Mysteries, Swamp Thing, Grimm Fairy Tales and American Vampire.

She suffers from generalized anxiety disorder, and has spoken up multiple times about the importance to break the stigma surrounding mental illness.

She has a cat named Ranma.