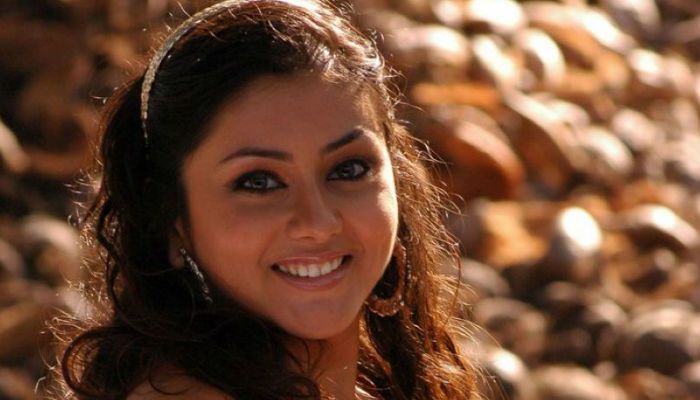 Indian film actress and model Namitha is best known for her works in the South Indian film industry. She was crowned Miss Surat in1998 and also competed in the 2001 Miss India pageant. She debuted in Telugu film Sontham in 2012. Namitha is one among the participants of Bigg Boss Tamil reality game show. So here is a look at Namitha Biography, Wiki, Personal life, Family, Movies and Recent Events.

Born Namitha Mukesh Vankawala on May 10, 1981, in Surat, Gujarat, India, she was raised in Surat. She pursued after her graduation and was crowned Miss Surat in1998. She competed in the 2001 Miss India pageant but finished the fourth runner-up.

Namitha received fame and acclaim after the competition and went on to appear in TV commercial ads. She has featured in several commercial ads, including Himani cream & hand soap, Arun Ice Creams, Manikchand Gutka, and Nile herbal shampoo.

This was during this time around she was offered a role in a Telugu film Gemini opposite Venkatesh, but the film was released after Sontham. Technically speaking Gemini is her debut film. She did a couple of Telugu movies before she was offered to do a lead role in 2004 Tamil film Engal Anna, whicheventually went on to become a commercial success.

With consecutive hits, she was one of the busiest actresses around that time. Namitha had featured in more than 50 films in Tamil, Telugu, Malayalam and Kannada.

Namitha has also worked in a few Hindi films. She is one of the tallest actresses in film industry at 6 feet 2 inches tall. She had been into several controversies during her film career and that was also one of the reasons for contesting in Bigg Boss Tamil. A kidnap attempt was made in 2010 at Trichy in Tamil Nadu by a fan.

Proficient in Karate with double black belts, Namitha along with actor Bharath promoted safe driving campaign in 2012. She is still single who loves pets. She has three dogs. She is currently appearing in the controversial reality game show Bigg Boss, hosted by Kamal Haasan.