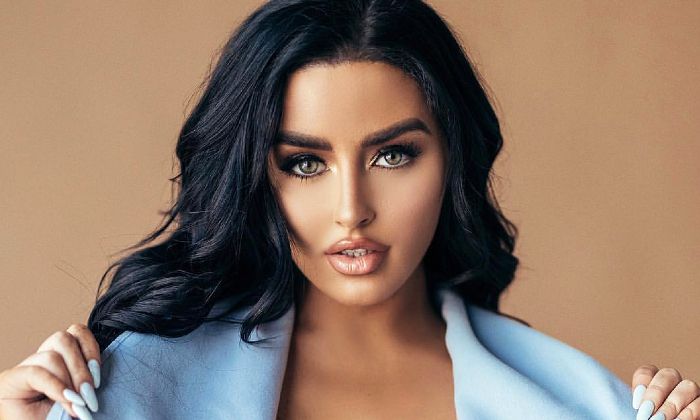 Who is Abigail Ratchford?

American glamour model and social media influencer, Abigail Ratchford, has made the leap to international fame through her appearances on a plethora of magazines including Esquire, Maxim, People Magazine, Sports Illustrated, and The New York Post, among many others. The stunning bombshell, who’s in her later twenties, has already garnered much attention for herself in the fashion industry. The gorgeous brunette with incredible body measurements has been the designers’ favorite when it comes to fashion shows and modeling gigs. Since the start of her career in 2013, Abigail has been dominating the glamour industry, having featured in several magazines and websites and even landed small roles in TV series and films. Known for her beauty, this swimsuit and lingerie model shows no signs of slowing down.

Abigail Ratchford was born on the 2nd of February 1992, in Scranton, Pennsylvania, United States of America. She is currently 28 years old.

Very little is known about Abigail’s personal matters. She is the fifth of seven siblings. Her father is an attorney while her mother owns child care in their hometown. She has six siblings, including Jason Ratchford and Isabelle Ratchford.

Abigail was educated at Our Lady of Peace School, a Catholic grade school, and then attended Scranton Preparatory School for high school. After graduating from high school, she enrolled at Jesuit University and dropped out of college midway to pursue modeling.

While there’s not a lot to share about her dating life at the moment, she briefly dated James Peperno (2013) and Jamie Iovine (2014 – 2015). She might be single or she’s good at keeping her private life under the wraps.

Abigail Ratchford took the internet by storm in early 2013 when she shared some of her provocative pictures on Facebook. Shortly after the pictures caught the attention of the influencers in the fashion industry, modeling offers started to pour in.

She moved to Los Angeles from her hometown of Scranton, Pennsylvania in 2014 for better opportunities and that move paid off her. Her early works include featuring in several Sunset Boulevard billboard campaigns.

Her ever-growing popularity has landed her in some guest roles on ABC, and E! Network. She has walked the runway for top fashion designers, including Michael Costello, in the Los Angeles Fashion Week.

The sizzling hot Abigail Ratchford has featured in a plethora of magazines and websites including Esquire, Maxim, People Magazine, Sports Illustrated, The New York Post and dozens more.

Abigail is extremely popular on Instagram @abigailratchford, where she’s got over 9.1 million followers and on Twitter, she has 1.1 million followers. In addition to social media accounts, she has her own app and a website, where you can find everything about her as well as get a glimpse of racy pics of herself.

The stunning brunette has made a career for herself and social media was instrumental in boosting her modeling career. With over 9 million Instagram followers, she charges $8000 upwards per permanent post and around $3500 for a 48-hour post and $1500 for three Snapchat posts. Besides earning a handsome amount of money from social media, she also nets tens of thousands of dollars by selling custom merchandise, especially calendars on er website and app. She made around $200,000 from selling merchandise in 2017.

She has her own online store where she sells calendars, prints, phone cases, clothing, and accessories.

At age 20, she took part in the Pennsylvania pageant.

She starred alongside Nick Offerman in an episode of NBC’s Parks and Recreation.

She was a cheerleader in high school.

Abigail took CoolSculpting fat-reduction treatments on her arms and on the backs of her thighs to smooth cellulite, lip fillers, and Botox in the corners of her eyes and on her forehead.

She featured in publications such as Sports Illustrated Swimsuit, Maxim, People, Esquire, Playboy, The Daily Mail, The New York Post, and The Wall Street Journal.