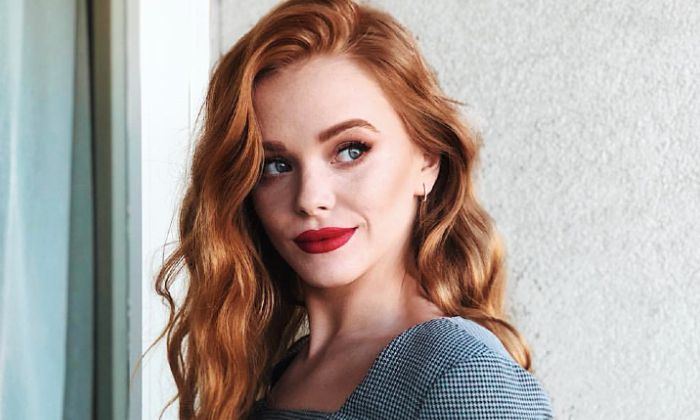 Who is Abigail Cowen?

Abigail Cowen is an American actress who is perhaps best known for her role as Dorcas, an orphaned witch, on Netflix’s Chilling Adventures of Sabrina. She spent her early years having guested on Red Band Society and Stranger Things before landing the recurring roles on Wisdom of the Crowd and The Fosters.

Arguably, her biggest gig so far in her career that propelled her to stardom was her role in the widely popular Chilling Adventures of Sabrina Taking full advantage of the newfound fame, she secured a role in the 2020 biopic, I Still Believe, and went on to play Bloom on Netflix’s young adult drama, Fate: The Winx Saga, that same year. Abigail, who is just in her early twenties, has already garnered much attention for herself, thanks to her talents and good looks.

Abigail Cowen was born on the 18th March 1998, in Florida, United States of America. She is currently 22 years old.

Abigail Cowen is the daughter of Leslie Lemasters Cowen and Andrew Cowen. She grew up along with her brother Dawson in her hometown of Gainesville, Florida, and she is very attached to her mother.

She attended Oviedo High School, a public school in Oviedo, Florida. After graduating from school, she went to the University of Florida and majored in public relations.

Now, this is the topic that most of you are probably looking forward to. As far as her dating life is concerned, she might be single as she hasn’t revealed much about her relationship status.

It may appear to you that her life is an open book when looking at her Instagram as you may find a lot of pictures of herself with family and friends. But it isn’t. When it comes to her dating life, she has always tried to keep things away from the media to the best of her abilities.

Abigail Cowen got her start in Hollywood while she was still in high school. She first appeared in an episode of the comedy-drama series Red Band Society in 2014.

She moved to Los Angeles to 2016, and one year later, she secured a guest starring role on Netflix’s Stranger Things, where she appeared in two episodes of the horror series as Vicki.

As her career flourish, she quickly became in demand that led to recurring roles in Wisdom of the Crowd and The Fosters. In 2019, she played Ricochet in the television mini-series, The Power Couple.

Her continued success as an actor eventually landed a role in the Netflix horror drama, Chilling Adventures of Sabrina. It only took a few years for her to get on the radar and end up in a super cool role. She played Dorcas, an orphaned witch and one of the Weird Sisters from season one through season three until her character was killed off by one of her wired sisters, Agatha.

It is her most significant acting role so far in her career that was loved by her fans, and in fact, it made her even more popular in the entertainment industry.

The success doesn’t stop there, as this Florida cutie is being cast in the Fate: The Winx Saga, a Netlfix young adult drama in addition to Redeeming Love and Witch Hunt.

Abigail Cowen has a huge presence online, especially on Instagram, where she has nearly 1 million followers.

Through her acting accomplishments, she has proved that women with talent, dedication, and persistence can make a name for themselves in the entertainment industry. As of 2020, Abigail Cowen’s net worth is estimated at roughly $500 thousand dollars, which she accumulated through her major acting roles.

She serves as an excellent role model for women of all ages from all over the world. There is no doubt that Jamie’s career will continue to flourish as she reaches even more of her goals.