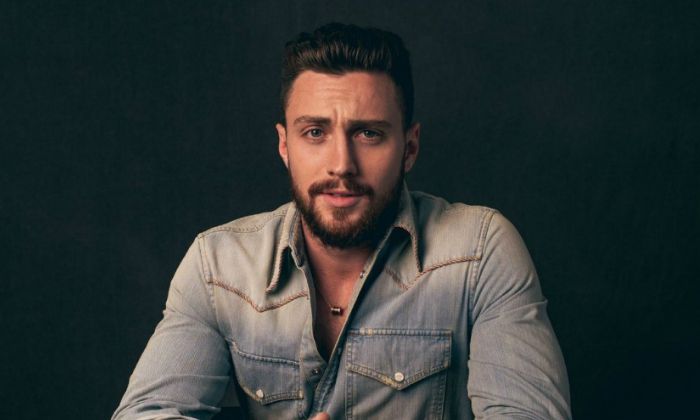 Who is Aaron Taylor Johnson?

Aaron Taylor Johnson is a splendiferous English actor from High Wycombe, Buckinghamshire who has been acting since he was six years old. He found plenty of success lately for his roles in the Kick-Ass film series and for portraying Lieutenant Ford in Godzilla. He earned his first Golden Globe Award for his outstanding performance as the mentally ill kidnapper Ray Marcus in the 2016 neo-noir psychological thriller film Nocturnal Animals. In addition, Aaron has appeared in a host of movies such as Nowhere Boy, Savages, Anna Karenina, The Wall, and Outlaw King, to name a few. His television credits include supporting roles in Feather Boy, I Shouldn’t Be Alive, Talk to Me, and Nearly Famous.

Aaron Taylor Johnson was born on the 13th of June 1990, in High Wycombe, Buckinghamshire, England, United Kingdom. He is currently 29 years old.

Aaron’s father, Robert Johnson, is a civil engineer and his mother, Sarah, is a housewife. His sister, Gemma, is an occasional actor who played a minor role in his film Tom & Thomas (2002).

For education, he studied at the Holmer Green Senior School in Holmer Green. In addition, he also studied drama, tap, jazz, acrobatics, and singing at the Jackie Palmer Stage School in High Wycombe between 1996 and 2008.

Aaron is married to director and artist Sam Taylor-Johnson. The couple began dating after meeting on the set of the 2009 film Nowhere Boy. At that time, he was 18 wheres Sam was 42, who is 24 years older than him.

They got engaged in October 2009, followed by their marriage on 21 June 2012. Their wedding held at Babington House, Somerset, England. After marriage, they hyphenated their surnames together. Aaron has two daughters, Wylda Rae (b. 2010) and Romy Hero (b. 2012) with his wife and also stepfather to two daughters from her previous marriage.

He made his first television appearance in 2001 when he played Young Lorimer Blacki in the television series Armadillo.

Following a series of supporting roles, Aaron made his first major breakthrough with a lead role in his wife, Sam Taylor-Wood’s 2009 biopic film Nowhere Boy. He played the role of John Lennon, an English singer, and songwriter who founded the Beatles. The film is based on a biography written by Lennon’s half-sister Julia Baird. He won the Empire Award for Best Newcomer and also received nominations for Young British Performer of the Year by the London Film Critics’ Circle.

Aaron received critical acclaim and positive reviews for his portrayal of David “Dave” Lizewski/Kick-Ass, in Kick-Ass film series, which is based on the superhero comic book of the same name by Scottish writer Mark Millar.

The King’s Man actor saw major success with the portrayal of Ray Marcus, a menacing Texan, in Tom Ford’s thriller Nocturnal Animals. For his remarkable performance in the film, he won the Golden Globe Award for Best Supporting Actor – Motion Picture.

He began his acting career at the age of six and appeared in a London production of Shakespeare’s Macbeth, playing the son of Macduff in 1999.

GQ named Taylor-Johnson as one of 50 best dressed British men in 2015.

He was originally considered for the role of Jack in Jack the Giant Slayer (2013), but it was later played by actor Nicholas Hoult.

The role of Gary “Eggsy” Unwin in the movie Kingsman: The Secret Service (2014) was originally offered to him, but apparently he turned down the role which was later played by Taron Egerton.

Several media outlets criticized him for marrying a 23-year older Sam Taylor-Johnson in 2012.