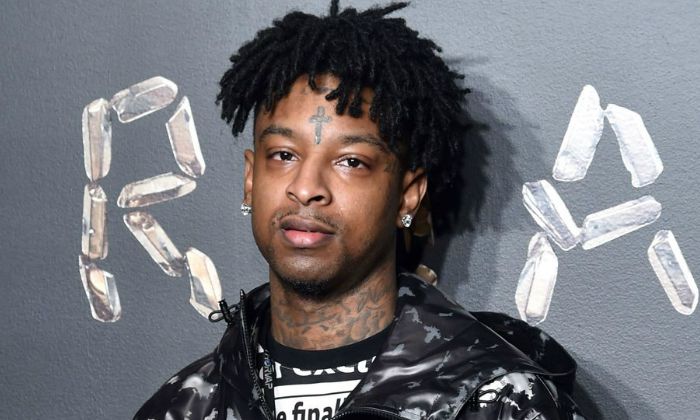 The high-school dropout joined a local street gang and turned into a full-time drug dealer, involving in other criminal activities as well. On his 21st birthday, his best friend was shot killed by a rival group during an endeavored theft.

21 Salvage began rapping in 2014 and released his debut single, “Picky”, produced by DJ Plugg, in November of that year. He followed it up with his debut mixtape, The Slaughter Tape, which was released on May 25, 2015.

21 Savage released his second studio album I Am > I Was in December 2018. It debuted at number one of the US Billboard 200 and remained at the number one position for two consecutive weeks. The album had features from fellow rappers like Travis Scott, Post Malone, Childish Gambino, Offset, J. Cole, and many others.

21 Savage is a British native, who is mistakenly thought to be an American resident for quite a long time by his fans. He was arrested by the U.S. Immigration and Customs Enforcement in February 2019 on charges of staying unlawfully with an expired visa since 2006. He was later released on bond, with the case pending before the court.